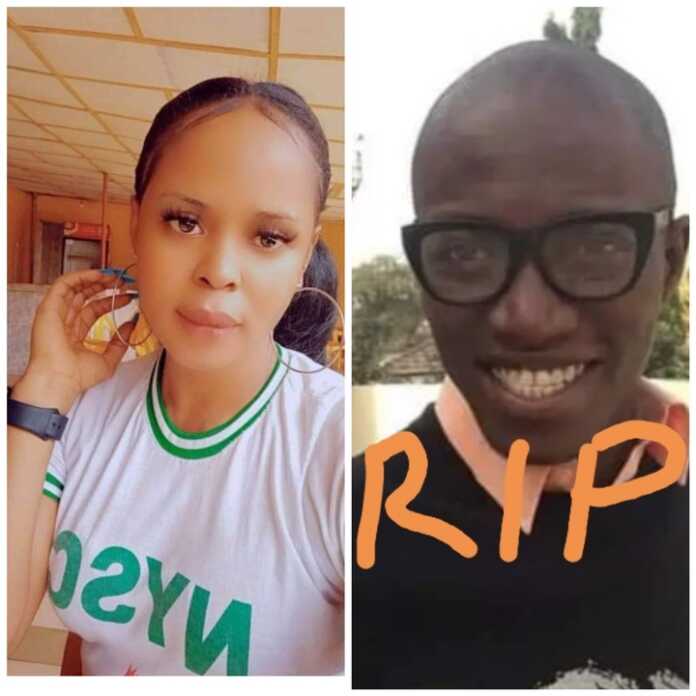 For a few days now, the story of the youth corper who allegedly hacked her ‘boyfriend’ to death has been making the headlines. But since then what many have been curious to hear is the girl’s side of the story. After a while of anxiety, the young lady has finally opened up on why she committed the crime.

In the report which was made by Sahara Reporters, the youth corper Princess Odume said she killed the young man in self-defence.

On Tuesday, while giving statement on the case, the police spokesperson in Akwa Ibom State, Odiko Ogbeche-Macdon, said that Princess has admitted that she killed the young man, but she claimed that she killed him in self-defence. She claimed the young man had asked her to remove her clothes so he could sleep with her, but she had refused. Because of that he threatened to kill her, and that was what led her to kill him.

Ogbeche-Macdon said the young lady claimed she had gone to buy akara that day, and that was where she met the young man. The young man then called her to come to him, and she obliged. From there they got talking, and one thing led to another, and she followed the guy to his house.

She said when she got to his house she waited for the guy outside, and before she knew it, the guy went inside and brought a knife. The guy then asked her to remove her clothes, but she refused. According to her, she was scared that he was going to kill her and no one would know about what happened, since there was nobody in sight. But in the end, she overpowered the guy.

The police spokesperson also said that the dead young man has been identified. His name was given as Japhet Akwaowo.

Photo of the young man:

While commenting on the sad incident, a young man who identified himself as Odume’s boyfriend, Henry Obiakwa, said that he is saddened by the incident, because Odume is not a violent person, adding that he doesn’t know her as someone who is capable of committing such a heinous crime.

He said that he and Odume had been dating for about two years, but the relationship was facing some challenges because of long distance. He said that Odume is not a violent person, and anytime she’s angry she would rather choose to remain quiet.

He added that what happened between him and Odume were challenges that arose from long distance, but they did not break up. He said that he stays at Lagos, while Odume was living in Enugu with her parents before she was deployed to Akwa Ibom State for her youth service. He said he even went back for a traditional marriage ceremony in October, and he invited her to come and meet him, and she did. He said he does not think Odume can kill someone because she’s not a violent person.

A witness who had shared the story on Facebook a couple of days ago had said that he saw a large crowd gathered that morning at Abak Road, and he immediately ran to see what was going on. When he got there, behold, he saw the young lady beaten to a pulp, with her clothes ripped off her body.

He said when he tried to gather information on what the problem was, he was told that the girl was caught trying to jump the fence of a young man she went for a hook-up with. What triggered the anxiety of neighbours mostly was the fact that there were bloodstains all over her clothes.

He said that according to the people at the scene, the young lady was said to have hacked a young man she went out with to death. She killed the young man instantly and was trying to jump the fence to escape, but she was caught by neighbours. Matchet cuts were found on the guy’s face and stomach.

He added that okada men in the area said that they know the girl, that she is used to sending them to buy Indian hemp for her ever since she was deployed to the area for her youth service.

Below is the report from the witness:

There are still a lot of missing links in this story, and we hope that the police will get to the bottom of everything and find out why she actually committed the murder.

The young lady has claimed that she killed the guy because she was trying to defend herself, but I know what many people would probably be asking was how the guy succeeded in getting her to his house in the first place.

We trust the Nigerian police will do justice to the case, and give the public the answers that everyone is now waiting for. Did Odume kill the young man because he was trying to take advantage of her? Did the young man try to kill her first, and she overpowered him in the end? How and why did she do it?

It’s indeed a very sad case, because after spending all those years in the university, with just about a month left to finish her youth service, this is what the girl found herself in. We hope that justice will be done on the case.

Buhari Signs Bill Making Use Of Face Masks In...