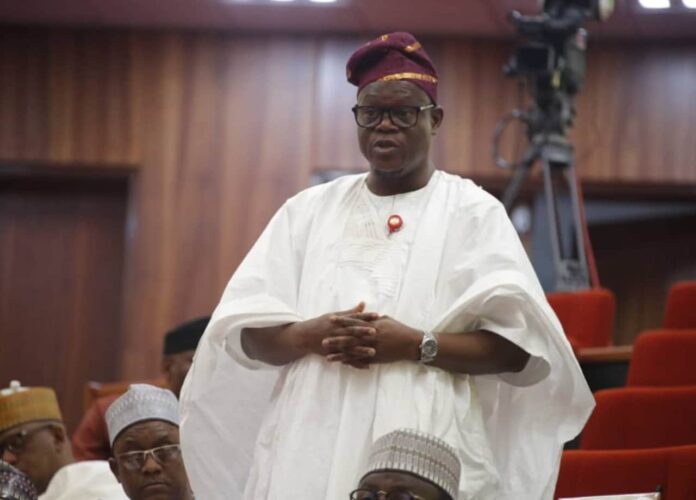 Senator Ajibola Basiru representing Osun Central Senatorial district has advised the Nigerian youths not to depend on certificates as civil service could no longer absorb all graduates universities produced yearly.

Senator Basiru, who is the Senate Spokesperson, stated this at a night out interactive session with the National Council of Nigerian Youths, Osun chapter at his GRA residence.

He said what stood Nigerian youths out at a critical time like this was their resourcefulness, excellence and passion for industry, saying Nigerian youths can be self dependent if they chose.

According to him, records showed that some Nigerian youths have been doing well in private sector since the days of nationalist struggle, hence with over bloated Civil Service, they could do better.

The lawmaker in the upper legislative Chambers posited that youths should fight for political space, as the system would not present to them seats or slots.

He said: “We need elders in politics to drink from their fountain of knowledge and experience as we need youths to bank on their energy and resourcefulness.

“It’s a symbiotic association and relationship. Youths have to be competitively involved in politics and vie for slots. The space is capacious.”

He insisted that youths have ample opportunity to develop skills outside certificates for them to survive the pressure of the society, adding that they could become employers of labour.

In the realization of this, the lawmaker said he would embark on agricultural empowerment for the youths in his Senatorial district, while he decried those taking drugs as destroying their lives and the society.

Senate President, Speakers To Get Immunity As Reps Pass Bill