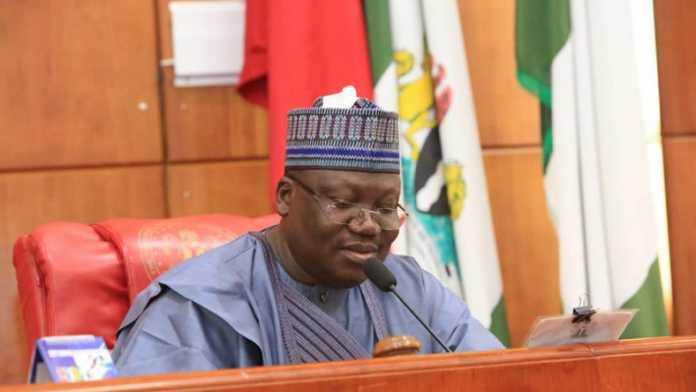 The rank of elected officials enjoying immunity from prosecution will soon be swelled by the legislature as the House of Representatives has endorsed the provision for the presiding officers of the National Assembly and States’ Houses of Assembly.

In the bill seeking to review the 1999 Constitution (as amended) to provide immunity for the presiding officers of the National Assembly and their state counterparts, the Lower House named the Senate President, Deputy Senate President, Speaker of the House of Representatives as well as the Deputy Speaker as the beneficiaries.

Others are the Speakers of States’ Houses of Assembly and their deputies.

The 1999 Constitution (as amended) only provides for immunity for the president, vice president, governors and their deputies.

But the sponsor of the bill, Hon. Odebunmi Olusegun, in his lead debate when ut was read for the second time, yesterday, argued that the proposed amendment was intended to provide protection for the legislature from distraction caused by unnecessary legal actions against the presiding officers.

He found an ally in the House leader, Hon. Alhassan Ado-Doguwa, who declared that the proposed law would help the legislative chamber to carry out its functions unhindered.

Similarly, the House deputy minority leader, Hon. Toby Okechukwu, argued that the bill would guard against the compromise of the legislative arm.

”We are all witnesses to how the presiding officers were subjected to trial. We should avoid such from happening again,” he said.

Also speaking in favour of the bill, Hon. Nkem Abonta, noted that the prosecution of a presiding officer could affect the performance of the chamber.

According to him, “the office of the speaker may be harassed through frivolous suits. My morale may be low because my speaker is being harassed.

“When Saraki was taken to court, we felt demoralised. He was freed at last, it caused the institution a lot of embarrassment,” he said.

However, the few lawmakers who kicked against it, averred that the bill was not necessary because it would send a “wrong signal” to Nigerians, particularly at this time that the country is facing numerous challenges.

Hon. Sergius Ogun reminded the House that a lot of Nigerians had called for the removal of immunity for the president and governors, and wondered why the presiding officers of the legislature need it.

“Granted that the principal officers relate with the president from time to time, I don’t know what they need immunity for. It is not necessary,” Ogun insisted.

In the same vein, Hon. Bob Solomon, recalled the case in the United States (US) where governors and the president are not “shielded from trial.”

“Already, I am personally against immunity being enjoyed by the president and governors. In the US, we have seen presidents and governors being prosecuted. I oppose this bill totally,” he said.

On his part, the minority leader, Hon. Ndudi Elumelu, told the members that their interest and priority is, and should remain that of their constituents.

“Outside here, our people are being killed and butchered. We are coming up with a bill on issue of immunity while some of us are saying that people should be held accountable for what they do; I think it is wrong and it should not be allowed,” he said.