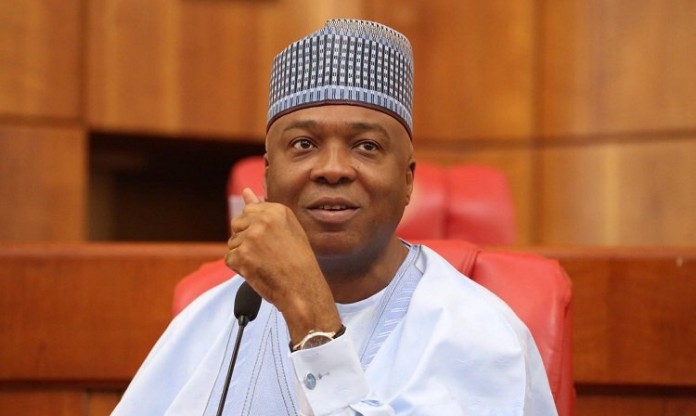 Following the spate of killings, kidnappings and the proliferation of dangerous firearms in the country, the Senate yesterday directed the heads of security agencies to submit a special funding budget to tackle the menace. This is just as the Senate said it would fast-track the passage of outstanding Bills or Protocols in order to strengthen the security architecture of the country.

The Senate, which raised concern over the reported incessant wrangling, lack of cooperation and coordination among security agencies in the country, said it would soon amend some aspects of the 1999 Constitution to remedy such anomalies and consequently to strengthen the security institution.

The Red Chamber added that it was committed to ensuring that the unfortunate trend of killings was brought to an end and, against that backdrop, it agreed with the heads of security agencies to continue to have meetings from time to time.

Senate’s resolution followed its meeting in a closed session that lasted for four hours with heads of security agencies led by the Chief of Defence Staff, General Gabriel Olonisakin. Also at the meeting with the Senate were the director-general of the Department of State Services, Lawan Daura; representatives of the National Security Adviser, Inspector General Police, Comptrollers-General of the Nigeria Immigration Service and Nigeria Customs Service.

Senate had on May 8 summoned heads of security agencies to appear before its plenary yesterday to brief it on the proliferation of dangerous firearms, and the spate of killings by terrorists and kidnapping by hoodlums across the country. After a marathon meeting, Senate President Bukola Saraki disclosed that security operatives fielded questions from the senators bordering on the security, insurgency, terrorism, kidnapping and other top national security matters.

Saraki said: ‘’On the whole, we directed that, on our part, certain outstanding bills or protocols that needed to be given a fast-tract should be addressed immediately to see that they can be passed as soon as possible in order to strengthen security architecture.

‘’We all observed the funding issue and we also agreed that there must be a special funding, and as such we gave them two weeks to present their own budget on this area of special funding that we think will go a long way to improve the security situation in the country.

‘’Of course, of great concern was the issue of the coordination among the security agencies. One of that again is that we will be looking to have constitutional law passage to see what we can do to strengthen that aspect of the security.

‘’By and large, we are committed to ensuring that we find a way to bring this unfortunate trend of killings to an end. ‘’And we have all agreed to continue to work together to cooperate and work closely in order to address this issue and we are confident that changes will begin to be seen in this area.” According him, both the lawmakers and the security agencies have their different roles to play in stemming the security challenge.