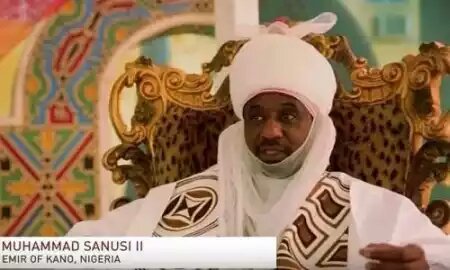 Muhammadu Sanusi II, Emir of Kano and former governor of the Central Bank of Nigeria (CBN), has called on the Buhari government to prioritise its expenditure.

He said this on Power Lunch, a CNBC programme, on Tuesday.

The monarch said: ”I have looked at some of the deliberate policy decisions that have been taken, such as the continuation of the fuel subsidy, we are spending a trillion naira to 1.4 trillion naira on petroleum subsidies. 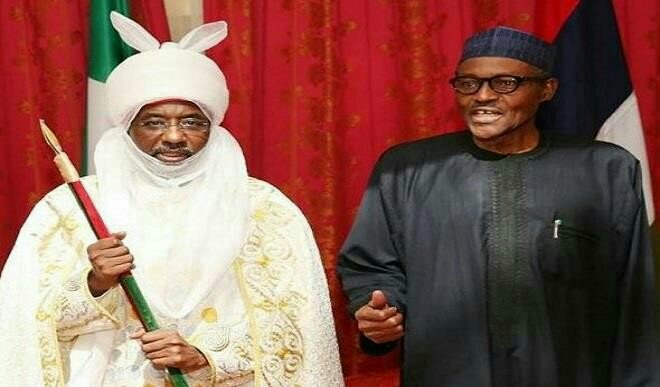 “Imagine what we could do with that. How many refineries will be built? How many power plants you could build? How much you could fix on your transmission.

”So we need to decide for ourselves and understand that every dollar we spend, we have made a choice. We need to decide what is our priority and by this we can free up resources from some of these areas and put them into these areas.”

While speaking on how to increase revenues, he said countries that have the highest ratio of revenue to GDP are those that seem to be faring very well on the transparency international corruption perception index.

”There’s a surplus of capital in the world which is why we’ve had many many years of low interest rate. There’s a saving glut, but the reason you’ve got these so much capital is that they are looking for outlets,” Sanusi said.

”But those outlets can only come when the government begins to address the risks associated with investments and dealing with externalities and coordination problems.

”And as I said, If you want someone to come and invest in garment factories, well fix other issues. Make sure you give him electricity, give him the roads, give him security, then he invests and sets up.

”By coming together, identifying those areas and sitting with private sectors and asking what do you want us to do for you as a government? So you don’t force them to internalise all those externalities.”

Also speaking at the 2018 annual meetings of the African Development Bank Group in Busan, Korea, Sanusi said Africa’s economic transformation will be best achieved through fast-tracking regional cooperation and the execution structural reforms.

“Nine out of every 10 countries in Africa have huge trade deficits with China, but Asia developed mostly on domestic investments and resources,” he said.

He called for “deliberate industrial diversification”, noting that China has begun to move its mega-sized manufacturing capabilities out of low-cost industries.

“The African Development Bank has the intellectual resources and clearly is better positioned to negotiate with China on behalf of Africa as a bloc of nations.

“Europe approached global trade as a bloc so why can’t African nations do the same? This is clearly another area in urgent need of the Bank’s intervention,” he said.