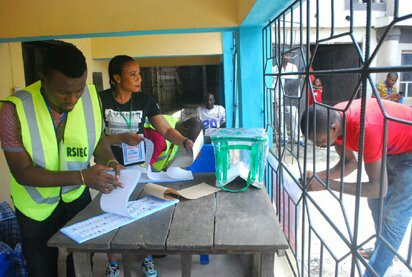 Meanwhile, Chairmanship candidates of the PDP in the elections, Mr. Samuel Nwanosike and Chief Tom Aliezi, for Ikwerre and Emohua LGAs, have commended the Nigeria Police for being neutral and providing the needed security during the elections.

Chairman of RSIEC, Justice Chukwunenye Uriri (ertd), who declared the results around 8p.m., yesterday, noted that the exercise was free and fair, adding that there was no report of violence during the elections.

Uriri noted that voting commenced in all the units about 8a.m., Saturday and ended 2.pm.,
adding that it was smooth and fair.

The results declared showed that PDP won all the chairmanship seats contested, noting that in Abia/Odua, Daniel Daniel of PDP won with 58,680 votes in Ahoada East, Benjamin Eke of the PDP won with 50,966 votes.

Meanwhile, Nwanosike, the chairman-elect of Ikwerre LGA, commended the people of his council for the confidence reposed in him, stressing that he would fulfil his campaign promises to the people of the area.

He urged the Federal Government to replicate a free and fair election in the state during the 2019 poll, adding that the council polls were fair and credible.