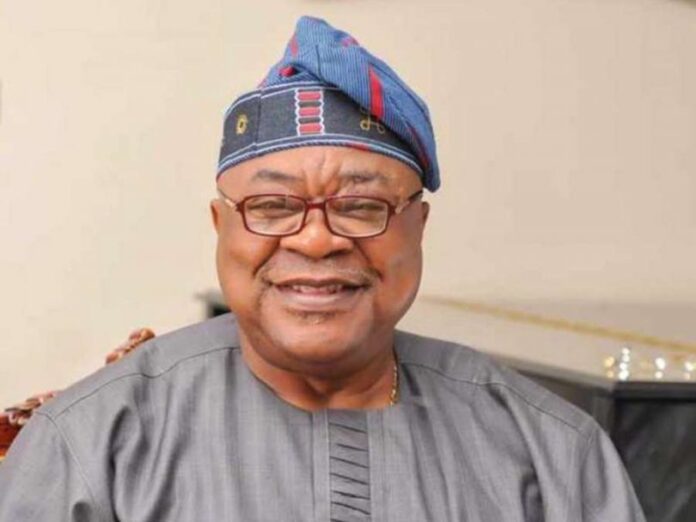 Former Governor of Oyo State, Chief Christopher Adebayo Alao-Akala, has said that the agenda of the ruling Peoples Democratic Party (PDP) in the state was to throw spanners of confusion into the opposition All Progressives Congress, APC.

Chief Akin Oke, Chairman, All Progressives Congress Caretaker Committee in Oyo State, has confirmed the death of Chief Adebayo Alao-Akala, a former Governor of the state.

NAIJA LIVE TV report that the former Governor was confirmed dead in the early hours of Wednesday at the age of 71.

In a telephone interview with reporters, Oke said: “It’s a rude shock because this is a personal loss to me.

“I am down in all ramifications.

“I’m highly devastated and can’t really talk much for now.

Popoola, who is also a prominent indigene of Ogbomoso, the birthplace of Alao-Akala in Oyo State, said that news of his demise was communicated to him over the phone.

He said: “Yes, I have received the news.

“It’s shocking, but I won’t say anything until I get full details.”

A family source, who pleaded anonymity, told the newsmen that the late Alao-Akala returned to Ogbomoso on Tuesday from Abuja, where he had gone to felicitate a former Majority Leader of House of Representatives, Rep. Mulikat Akande-Adeola, on her birthday.

The source said: “He returned from Abuja yesterday (Tuesday) and still held meeting with some people in the evening.

“He was found dead in his room this morning.”

The source said that he died in his Ogbomoso home and his remains had been deposited at the Ladoke Akintola University Teaching Hospital, Ogbomoso morgue.

Oyo monarch, 10 others to face terrorism charges in Abuja today