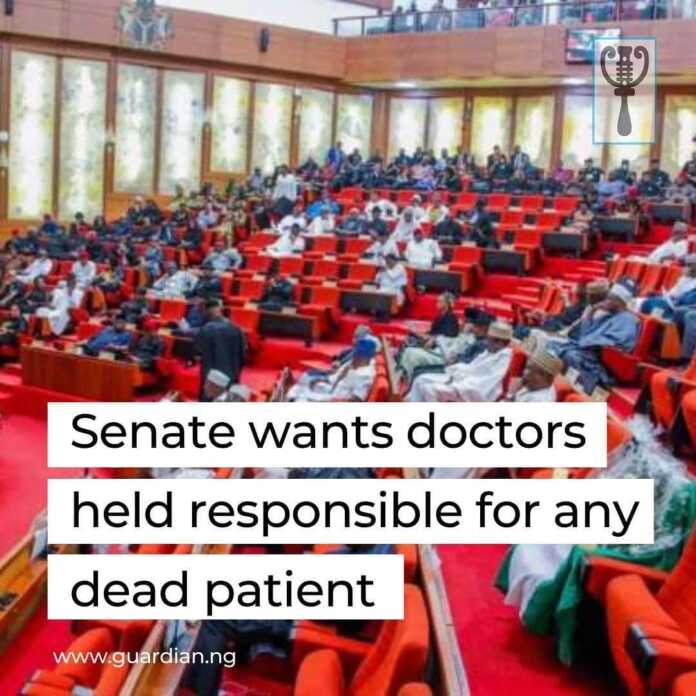 Chairman, Senate Committee on Health, Senator Ibrahim Oloriegbe, on Thursday, appealed to the striking resident doctors to return to work, saying “any single soul that dies as a result of the strike is in the hands of the doctors.”

Oloriegbe said the National Assembly was surprised that the resident doctors went on strike after meeting with their leadership to shelve the plan.

“I’m a doctor myself. We took oath to serve and save life. On no circumstance should we through our action endanger any life to be lost due to our personal interests.

“We know as doctors, we’ve to take care of our welfare, but we’ve taken an oath to serve.

“I’m appealing to them that we should go back to work while negotiations and discussions on outstanding issues will go on,” he said.

Meanwhile, the Federal Government will again meet with the striking resident doctors today.

The spokesman of the Ministry of Labour and Employment, Charles Akpan, in a statement yesterday, said the meeting became imperative due to the havoc the strike was wrecking on the sector.

The doctors had on April 1 embarked on a nationwide strike to press home certain demands.

Sununu said this while briefing newsmen yesterday in Abuja over the resident doctors’ strike.

“Let me cite an example, in the list of names submitted to the Budget Office, there were many names of doctors appearing in multiple hospitals.

“An account is receiving salary payment more than once in a month, which I was called by the Budget Office that if I can sign an undertaken, then their salaries will be paid,” he said.

He, however, said he insisted on a no answer, adding that the right thing must be done and the list was sorted out to correct the anomaly.

He said those that had received multiples salaries and the hospitals involved were sorted and forwarded to the committee.

He said that the committee would table it before the house for necessary action, adding that the right thing must be done to end the current NARD strike