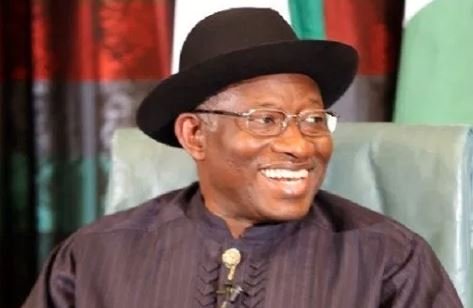 IN the run up to the 2015 President election, Nigeria cut the worrisome image of a country on the edge, on the brink of division, inching towards the precipice. The country was deeply divided between two fiercely opposing opinions represented by the Peoples Democratic Party and the All Progressives Congress. The political division was so fierce that many concerned Nigerians were relocating their families to safety in Ghana, the UK, the US and other countries to keep them from harm’s way.

However, like a miracle, the nation heaved a huge sigh of relief to start the preparation for another circle of political tension at the conclusion of the election. In fact, while the nation in the throes of uncertainty was waiting for a formal declaration of the then Candidate of the All Progressives Congress, Gen Muhammadu Buhari, who was leading in the poll as the winner, his main opponent and incumbent leader, President Goodluck Jonathan, sent a congratulatory message to him to the surprise of many. With that master stroke, President Jonathan averted bloodshed and indeed wrested control of the country from the waiting talons of unrest and war.

Expectedly, Dr. Jonathan, as the first Nigerian incumbent leader to accept defeat in a presidential election, received national and international accolades. To underscore his conviction that President Buhari won the election, Jonathan did not bother the country with expectations from the boredom and trauma of litigation.

However, the just concluded charade called the Bayelsa governorship election seems to show in a puzzling manner a summersault of principle and conviction on the part of the former President. His actions before and after the election are a virulent negation of the ideals of maturity and liberalism for which he has become highly reputed after losing the Presidency in 2015.

It is a fact that the process for the selection of the gubernatorial candidate of the Peoples Democratic Party was not that smooth because of hotly contesting interests within the party. These opposing interests made it manifestly impossible for the PDP and its leaders in Bayelsa to adopt a consensus candidate for the poll.

It is common knowledge that the former President and his political family preferred former Managing Director of the Niger Delta Development Commission, Chief Timi Alaibe, to fly the PDP’s flag. But this choice of Alaibe did not go down well with the Governor of the State. First, the earliest consultations that preceded the endorsement of Alaibe excluded the Governor. Secondly, the Governor felt that adopting Alaibe as his candidate to the exclusion of the party members who stayed with him when Alaibe dumped the party for the APC on the eve of the 2015 election was one moral burden that was better avoided. Governor Dickson did not pretend about his opposition to the Alaibe candidacy. He told the respected Nigerians that were sent to break down his resolve to oppose Alaibe that it was a moral cum political suicide for him to turn his back on his supporters to endorse Alaibe who defected from the PDP to the APC to attempt to prevent his re-election and who only returned to the PDP on November 30, 2019.

The seemingly irreconcilable positions of the key stakeholders made it inevitable for the PDP to organise a primary to select a candidate for the party. The top stakeholders of the PDP agreed to allow the aspirants to test their popularity with the delegates. It was also resolved that efforts be made to resolve the possible post primary aftermaths and disenchantments.

Interestingly, the Governor of Taraba State, Arc Dairus Ishaku, was the Chairman of the electoral committee that conducted the primaries. Ishaku, a former Minister of State for Finance under Jonathan, conducted a transparent primary which was aired live by AIT.

As a mark of respect, the former President was the first to cast his vote, and going by the ovation he received, his expectations that the candidate he voted for would carry the day were not misplaced. However, contrary to his expectations, Senator Douye Diri won and was returned as the candidate of the party. Again, contrary to expectations, Jonathan reacted with veiled anger: he kept his distance from the PDP. He avoided all the campaigns and meetings of the PDP and refused to congratulate the winner, Senator Diri, who once served him as Commissioner for Sports during his days as Governor of Bayelsa State.

In the days leading to the election, the Aridiof Hotel, which belongs to the former First Lady, Dame Patience Jonathan, became the operational base of the All Progressives Congress. While the former President avoided the PDP and its candidate, his mother was reported to have hosted and endorsed Chief David Lyon of the APC, which the party celebrated.

Shortly after the election, Jonathan displayed his disenchantment by hosting Senator David Lyon and ecstatic APC leaders who visited him. A good number of PDP members were jolted by the reaction of Jonathan to the APC concocted victory. His body language and photographs of him hosting a party which deprived his party of victory in a governorship polka in his state was a far cry from party loyalty.

I have taken out time to provide this background because of the rush of questions mark on Jonathan’s identity as a true democrat. Would Jonathan have reacted differently if Chief Alaibe, his preferred candidate, had won the PDP primaries? Would Jonathan have given the leper’s treatment to the PDP if the votes had gone the way of his candidate? Does a democrat back out of an electoral process because the votes did not favour Him? Do we give preference to age and status over the popular ballot in the resolution of a political dispute? Are Jonathan’s electoral decisions a product of his interest? Why did the man who accepted defeat in his own presidential election and congratulated Buhari refuse to congratulate Diri?

Clearly, Jonathan’s action is viewed as an party that provided the platform for him to ride to political stardom! Already many top leaders of the party are blaming the electoral robbery in Bayelsa on Jonathan and his political family!

Many have wondered why Jonathan would turn 360 degree against his own party, the PDP which gave him the platform to occupy the highest offices in the land.

One of such leaders and former Presidential aspirants and former Governor of Jigawa State, Alhaji Sule Lamido, has given the first indication of turmoil within the PDP when he pointedly accused Jonathan of trading off Bayelsa as the costly price for his freedom. Lamido said in the interview he granted The Sun that the Presidency and the APC blackmailed Jonathan with the raging Malabu Oil deal for which Jonathan’s Attorney General and Minister of Justice, Mohammed Adoke, was recently arrested by the Interpol in Dubai, the United Arab Emirates,

“But then, you see I have come to a conclusion that as far as Nigeria is concerned, we want to have a great nation, but then we have no benchmark. We want to have a bigger future, but we have no character. And, therefore, our personal prejudices and personal anger against each other determine how we support or oppose a candidate.

“And so, in Bayelsa obviously we couldn’t have lost. But because Jonathan is very, very angry with Dickson, very, very angry with him, he was at ease to have aligned with Sylva, the very person he said would not run – there is something also. They are holding him by the balls. Because he (Jonathan) sure knows his problem with Buhari and with this government.

“And the issue of Malabo, I think, played a key role. I said so. So, the election were won and lost by PDP. PDP history, PDP tradition and Jonathan were behind him. That I can say anywhere because the issue of Malabo is an issue I know very well. I had cause to discuss it with him.

“While he was the president and I was in office, I went and told him about it. I told him and I also gave a radio interview to an FM in Abuja, which Daily Triumph picked, where they said a minister under Jonathan got almost 150 million dollars.

“And when Reuben Abati came to debunk it or to abuse me, I went to Reuben Abati, ‘I know what I am saying. Can we go to the Villa? I discussed this with Jonathan. I told him about it. Let us go.’

“What I am saying is that obviously because the leadership of the APC and the government are blackmailing Jonathan and I think I can say it anywhere that he traded this for his own freedom.”

Bayelsa Governor-elect commiserate with Nigerian Army over loss of a gallant soldier, attack on Ex-president

Crime Watch Abekikokos - January 20, 2020 - 9:23 am
0
A married woman in her early 40s, Omowunmi Ishola has confessed that she raped her gateman because he is more handsome than...

Davido cries fails over the true paternity of his...

“I rape my gateman because he’s more handsome than my husband”...