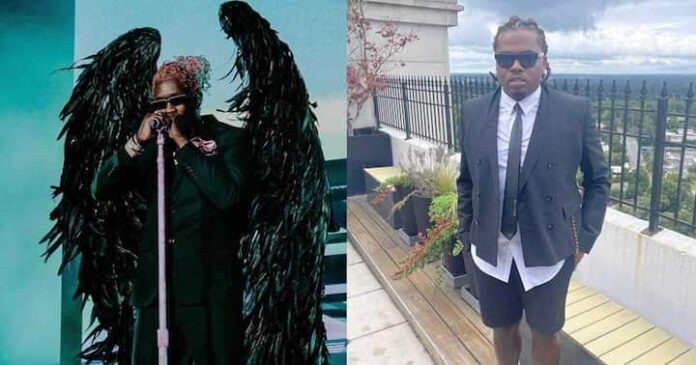 To promote his upcoming album, Young Thug smashed a Rolls Royce alongside fellow rapper Gunna The luxury vehicle that the two smashed with baseball bats costs an eye-watering N107.5 million A number of social media users opined that the rapper should have donated it to charity instead.

On Tuesday, October 12, the two rappers were filmed smashing a luxury vehicle with abandon. Videos circulating online depicted the duo smashing a Rolls Royce Wraith with baseball bats. Renowned music producer Metro Boomin also partook in destroying the vehicle worth over N107.5 The car featured the word “Punk” sprayed in pink, which is the title of Young Thug’s album set to drop on Friday, October 15.

Many social media users who reacted to the video opined that the rappers should have given to charity instead of destroying the luxury car. Here are some of the comments:

“Should have auctioned a pink rolls and donated the money to charity even if it was just the profits. I’m a wasteful extravagant person but that’s a bit much.” @slothmanifesto: “Wasteful. Donate that money instead, but you have to show off for the cameras and create hype for an album that might not be a success.”

“This makes me angry. So many black kids going to bed hungry day in and day out, and black people out here destroying a car that cost thousands of dollars just because they can.” @Blake_AnB_INC “I just want my student loans paid off and they are destroying a Rolls Royce.”