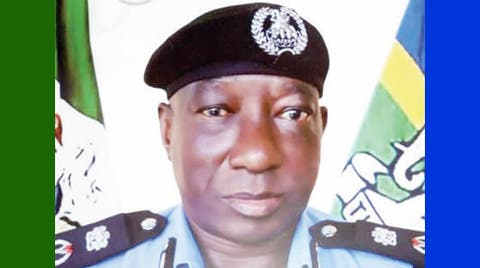 ….“We begged the officers to let her continue the journey with us because it was getting dark, but the police refused

The driver of a commercial Toyota Sienna that conveyed a 23-year-old widow allegedly raped in Rivers State, on Saturday, said the police team that stopped them at the checkpoint forced him and other passengers in the vehicle to abandon the victim despite several pleas.

The bus was travelling from Bori, Khana Local Government Area to Port Harcourt,

The driver who simply identified himself as Lucky, said the police stopped his vehicle at Saakpenwaa junction and arrested the widow after she was seen not wearing a face mask.

The commercial driver explained that though he gave the 23-year-old widow a facemask to wear, the police insisted on arresting her for violating the COVID-19 protocol while travelling.

Lucky said they detained the woman and threatened to shoot at his vehicle tyres, if they continued pleading for her release.

He said, “That day around 6pm, I loaded from Bori. On reaching Saakpenwaa Junction, about three policemen stopped us and checked if we were wearing facemasks. The lady was not putting on any so I immediately gave her the extra one in my vehicle.

“The moment she wore it, the police insisted that since they had already arrested her, even if everyone in the vehicle gave the woman their facemasks, they would still arrest her.

“Everyone in the vehicle started begging the officers to let the woman continue the journey with us because it was getting dark, but the police refused. They threatened to puncture our tyres if we didn’t stop begging and leave immediately. So I had to leave.”

The widow accused Inspector Peter Ibah of taking her to a guest house and allegedly slept with her after threatening to kill her if she resisted.

But Ibah denied the allegation when he was invited to the police headquarters in the state for questioning, where he insisted that the intercourse he had with the widow was consensual.

Meanwhile, the accused officer, Ibah had been detained by the police, pending the conclusion of investigation.