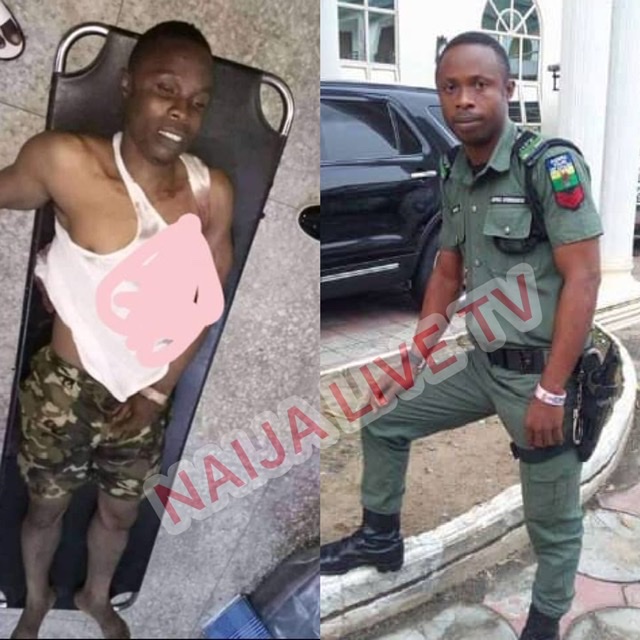 An off-duty Officer has been arrested and detained at the Bayelsa Police Command for stabbing his colleague with a dagger to death in Yenagoa, over a minor misunderstanding.

A statement by Police Spokesman SP Asinim Butswat says the incident occurred on the 4th November 2021, at about 7 o clock in the evening at Edepie, Yenagoa.

According to the statement from the police, “one Sergeant Akpoboloukeme stabbed his colleague, Sergeant Sapele Eyerindideke over a minor misunderstanding.”

The statement said the corpse of the deceased has been deposited at the mortuary for autopsy.

The Police Spokesman said in the statement that the accused suspect immediately fled the scene and attempted to flee to a nearby state before he was arrested at the Glory Land gate.

According to the statement, the Commissioner of Police Bayelsa State Command CP Ben Okolo, has ordered for the detention of the officer and a thorough investigation is underway.