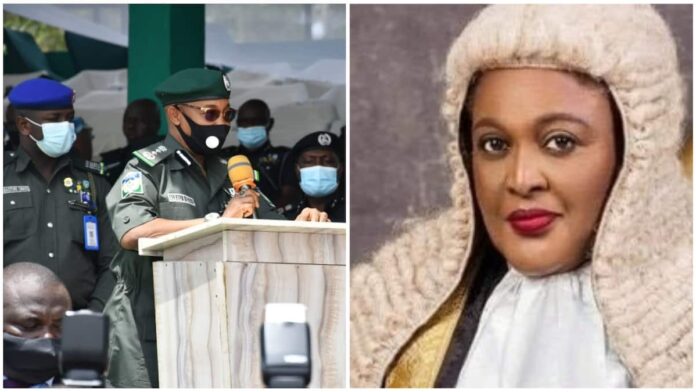 ABUJA – The Nigeria Police Force has arrested one fake Chief Superintendent of Police, CSP Lawrence Ajojo and 14 other criminal suspects including some members of other law enforcement agencies who invaded Justice Mary Odili’s House, in Abuja, the Federal Capital Territory (FCT).

Parading the suspects, on Thursday at the Force Criminal Investigation Department, Garki, Abuja the Spokesperson, Commissioner of Police, CP Frank Mba said the suspects involved in the criminal acts came from different professional backgrounds such as journalism, Banking, law enforcement and law.

In an interview with newsmen, fake CSP Ajojo admitted that “He’s not an officer of the Nigeria Police.”

He, however, claimed to be a consultant for the Attorney General and Minister of Justice, Abubakar Malami but insisted that the AGF did not send him on this failed raid on Mrs Odili’s House.