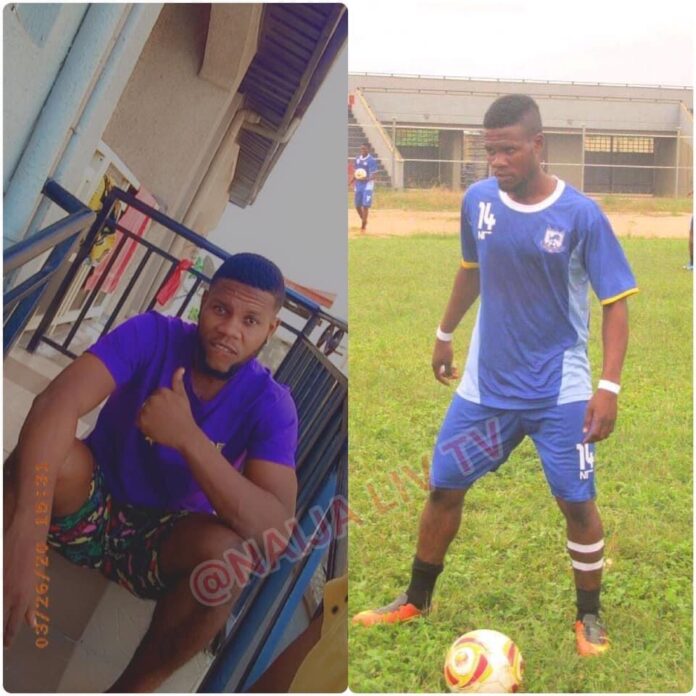 The Foundation for Ijaw Youth Empowerment (FIYE) has demanded Upright Judgement in the case involving the Murder of a youth footballer, Stephen Legbe sometime April 2020 in Lagos.

The group in a statement sent to NAIJA LIVE TV and signed by the National President, Comrade Samson O Ajagbini, noted that the late footballer was a law abiding, peaceful and hard-working young man with fine public relations spirit

Samson further call on judiciary to vehemently correct what he described as “acrobatic judgement” and let justice prevail with sincerity, fairness and competence of the judiciary in the country.”

The statement read in part;

“We hereby demand that the Judiciary should be Upright and swift in judgement on the criminal case in which our brother and son, Master Stephen Doubra Legbe was murdered on the 18th of April 2020.”

“Master Stephen Legbe was a highly talented footballer who is well known acrooss Lagos State, Nigeria and West Africa in general. He has already concluded preparations and completed all paperworks to travel to Europe for trial before the outbreak of covid-19 pandemic, which stalled his abroad movement.”

“He was a law abiding, peaceful and hard-working young man with fine public relations spirit until that black Saturday when one Olugbenga James shot him on the chest in the pretext of being a vigilante Chairman and took his life.”

“We must confess that the entire Ijaw community in Lagos, the whole Legbe family, most especially his father, mother and siblings are yet to recover from the devastation, shock, agony and trauma inflicted on us by the evil act of Olugbenga James.”

“However, we are extremely baffled with the release of Olugbenga James, by Magistrate Ojo of Sabo Yaba Magistrate court, when he, (Olugbenga) is the prime suspect of a high profile case with very strong evidences against him as the Mastermind of the act of murder, which he carried-out with oughtmost impunity.”

“For a court in our Land, (Nigeria) to release a prime suspect with strong and concrete evidences of a murder against him on arrival without hearing from witness(s) is a blackmail and open wound on our judicial system, which is the last hope of peaceful and law abiding citizens of the Land.”

“Be that as it may, we vehemently call on the judiciary to correct this acrobatic judgement and let justice prevail at the next adjournment of the case, so that the judicial antics and anomalies of one person or a group of mischievous persons will not dent the image or cast doubt on the sincerity, fairness and competence of the judiciary in the country.”

“Having said that, our fervent prayer to the judiciary is that Olugbenga James, the Kingpin of the assasination of our brother, Master Doubra Legbe should be brought to book according to the full weight of the laws of Land, Nigeria.”

“Nevertheless, we want to appreciate the Directorate of Public Prosecution, DPP, for recommendating the immediate arrest of Olugbenga, the prime suspect of the murder of our son.”

“We also commend the Nigerian Police Force CID headquarters Panti, Lagos State, for your effort so far in the apprehension and arraignment of the suspects last year. “

“We however, encourage the Police Force to intensify efforts in the search of Olugbenga James who is on the run since his release on arrival last year, which is a miscarriage of justice and fairness by Magistrate Ojo.”

“Consequently, the Ijaw community in Lagos and at home will continue to be law abiding, peaceful and exercise faith in the Judicial system of our Land, Nigeria, as we have sincerely demonstrated since the beginning of this case.”