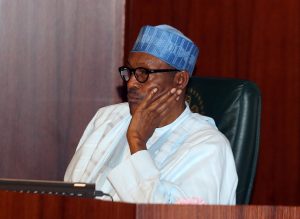 The Peoples Democratic Party (PDP) caucus of the House of Representatives has expressed deep shock over the barbaric killing of many people in Plateau by herdsmen.

The caucus stated that it had become extremely worrisome that owing to the President Muhammadu Buhari-led APC federal government’s unending rhetoric and deliberate ineffectiveness, criminality and free flow of human blood had continued across the nation.

In a statement issued by the House Deputy Minority Leader, Honourable Chukwuka Wilfred Onyema in Abuja on Thursday, the PDP House Caucus also condemned the Presidential Villa security personnel’s Tuesday assault on a leader of the Bring Back Our Girls Movement (BBOG) and former Minister of Education, Mrs Oby Ezekwesili who was on a solo march to the State House to demand for accountability and end· to the violent killings going on in the country.

According to the lawmakers, many Nigerians are perplexed that a government that had taken very urgent and comprehensive action to neutralize the Independent People of Biafra (IPOB) which had not killed, currently finds its very difficult to tackle criminal herdsmen who have been attacking people in Benue, Zamfara, Taraba and other states.

“Following the gruesome killing of more than 100 persons and razing of some 50 houses, two· cars and 15 motorcycles by rampaging herdsmen who wantonly invaded Razat, Ruku, Nyarr, Kura and Gana-Ropp villages of Gashish District in Barkin Ladi Local Government Area of Plateau state, the US Department of State joined its voice to that of numerous concerned Nigerians by expressing utter condemnation for such unjustified violence.

“For long, the APC government that came into power on the basis of now-unrealized promises of bringing back all the abducted Chibok girls had remained rather aloof from the cries and pains of many whose states and communities had been visited with pains, sorrow and death in the hands of rampaging and armed herdsmen.

“Activist lawyer, Femi Falana has expressed possibility of dragging the Federal Government and the Plateau State Government to the Special Prosecutor of the International Criminal Court for condoning crimes against humanity and genocide while Amnesty International which notes that at least 1813 people have been murdered in 17 states in the country this year, asserts that government’s failure to hold murderers to account is encouraging them and fueling rising insecurity across the country.

“It is cause for concern that Oby Ezekwesili, the co-convener of the BBOG movement ran into trouble after she began a loud solo protest with her demands for action from the Presidency, as she asked for explanations that normally agitate the minds of many Nigerians.

“On a date that it had just been disclosed that Nigeria, under the APC government, has overtaken India in the democratization of poverty for 87 million citizens, including 11 million that lost their jobs within the last three years; Ezekwesili was asking the APC government to put an end to the endless· killings by herdsmen, stop its routine blame game and reveal the identity of the perpetrators of wanton· killings in Benue, Taraba, Kaduna, Zamfara, Plateau, Nassarawa and Kogi states.

“Too many needless deaths are occurring and it is time for all to feel deeply concerned; we urge all Nigerians to join hands in special prayers for the repose of the souls of those killed as well as victory against those using political power to tactically justify the activities of killer herdsmen,” the PDP House Caucus stated.