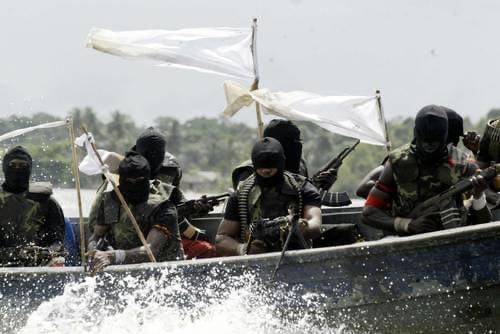 Sea pirates have attacked the Bonga oil field in between Delta and Rivers states, abducting six workers of the Julius Berger Construction Company who were on board a barge.

NAIJA LIVE TV learnt that the pirates also attacked the captain of the tow barge, and had reached out to the company to demand $1.5 million (about N600 million) as ransom for the workers.

It was gathered that the incident happened last Monday when the workers were moving from Warri to the Bonny Island en route to the Bonga oil field on the Atlantic Ocean.

A relative of one of the victims told reporters on Wednesday that over a week into the kidnapping, the company seemed to be trivialising the abduction of the Nigerian citizens and had yet to make a statement on the incident.

“I have a brother among those who were kidnapped. There was a captain and six other Julius Berger workers. The kidnappers after seven days have contacted the construction company demanding $1.5 million.

“The company seems to be taking the ordeal of the Nigerian workers with levity as the victims continue to suffer in the den of the sea pirates. My bother and other workers were going from Warri to Bonny Island en route the Bonga oil field when the incident happened last week Monday,” he narrated.