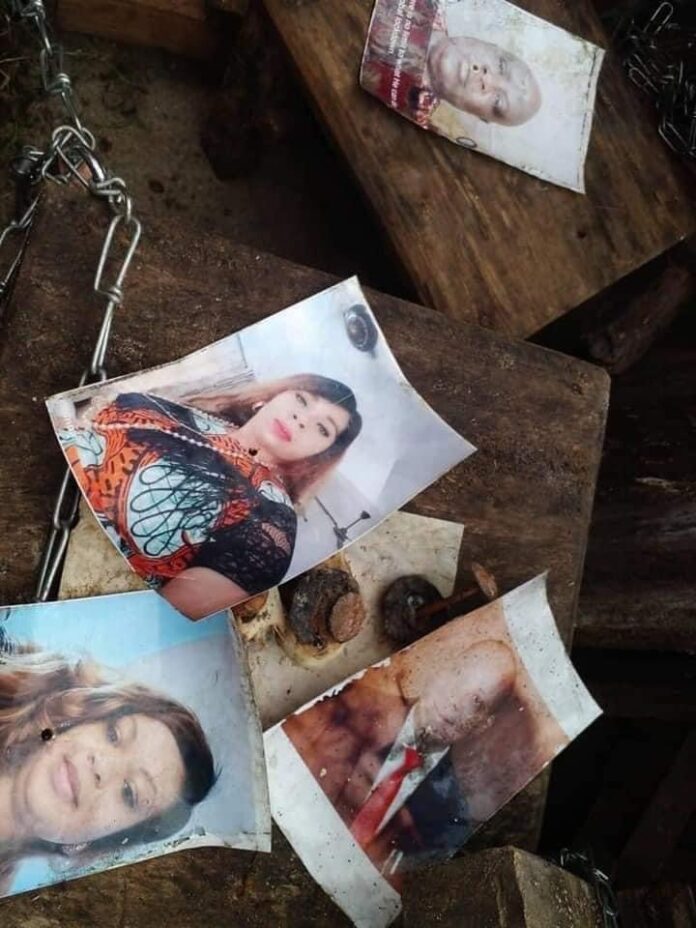 A Delta state native doctor has been caught while trying to bury a 3-month-old child alive.

A man identified as Ununuma Bidemi Edward-Odoi posted the story on social media.

The witch doctor who is said to be a resident of Edeoja in Upata Epeye allegedly disappeared when he was beaten up by the youths.

When the youths got to his house they discovered lot of pictures of men who were tied, nails and chained to different places. The youths decided to burn down his house but they were unsuccessful as they claimed that the house refused to burn.

They decided to break it down after this happened, Odoi alleged that those who were were blind could now see and those that were suffering from stroke were now delivered.

The dead body of the 3-month-old was later exhumed.

Some people have also come on social media to claim that they know some of the individuals in the picture and life have been quite difficult for some of them.