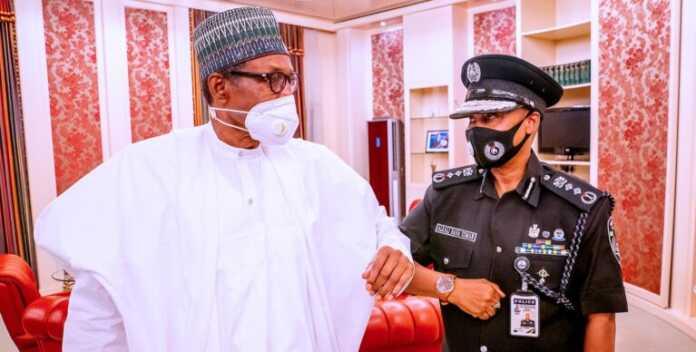 President Muhammadu Buhari, on Monday, held a meeting with Usman Baba, the acting inspector-general of police, in Abuja.

It is the first time Buhari will meet Baba since he was decorated as the new IGP.

Baba was appointed as IGP to replace Mohammed Adamu on April 6.

The president was in London for a routine medical check-up, when Baba was announced as the new IGP.

Until his appointment, Baba was the deputy inspector-general of police, criminal investigation department, force headquarters, Abuja.

Also present at the meeting was Muhammad Dingyadi, minister of police affairs.

See photos of the meeting below.