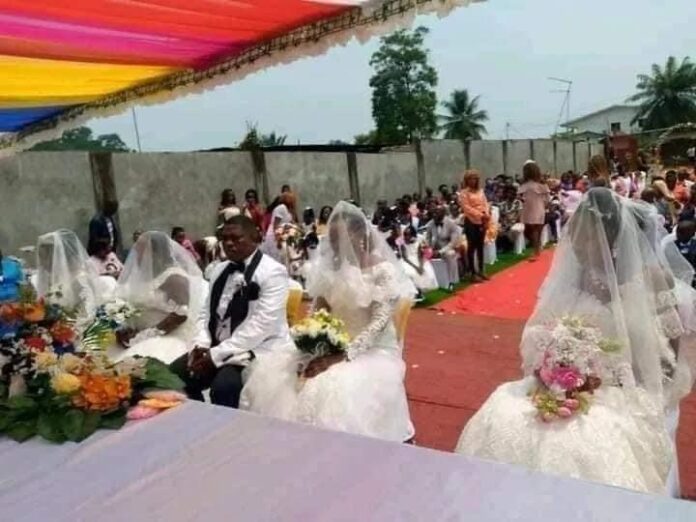 A Gabonese businessman and entrepreneur has gained attention on social media after he married four wives at once in Libreville.

The businessman identified as Mesmine Abessole wedded the women at a ceremony on Saturday, July 31, 2021.

The names of the wives, it was gathered, are Madeleine Nguema, Prisca Nguema, Nicole Mboungou, Carene Sylvana Aboghet.

Photos of the man and his wives, who were dressed in white wedding gowns adorned with flowers, have continued to gain traction ever since it surfaced on social media platforms.