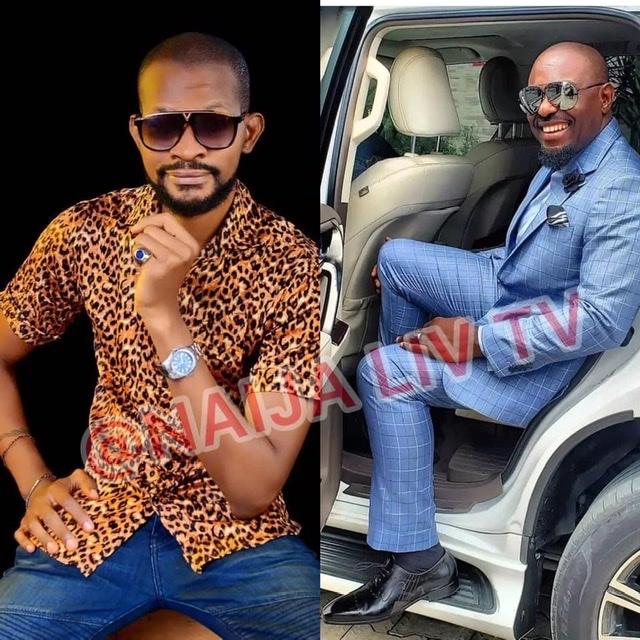 Posted by Opeyemi Soyoye on August 31, 2021
Controversial Nollywood actor, Uche Maduagwu has yet again taken a swipe at his colleague, Jim Iyke and questioned the source of his wealth.

Recall that some days back, a video went viral on the internet where Jim Iyke was seen confronting Uche over a video Uche made prior to their meeting, where he questioned the wealth of Iyke, saying his “mysterious source of wealth” attributes him to being a “ritualist”.

Jim Iyke later trailed Uche to his office and confronted him for the demeaning comments he made about him.

However, in a recent interview with BBC Igbo, Jim Iyke revealed he has settled his differences with Uche Maduagwu following the buzz of the incident.

Shockingly, Uche Maduaguw has shared a new video on his Instagram page, insisting to know the source of Jim Iyke’s wealth.

According to him, the actor spent over N100M naira and needs to explain where he got the money from.

“I was at the cinema because dem talk say you go come here today but Jim run him hear say Uche dey around. Person spend 100 million naira for one movie what is the job he dey do”, he captioned the video.

Although netzines suggests that the video is a stunt to promote Jim Iyke’s new movie, No bad comment.