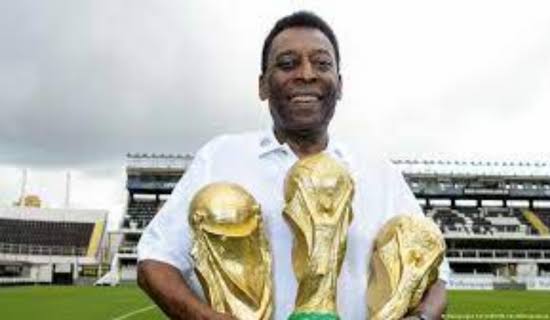 The world lost Pele, the “King” of football in 2022, but his name will live on in more than 700 Peruvian children born last year, according to a list published by Peru’s National Registry of Identification and Civil Status.

As per the list, 738 babies were registered with the names Pele, King Pele, Edson Arantes or Edson Arantes do Nascimento, the full name of the three-time football world champion, by the close of 2022.

The Brazilian star died on December 29 at the age of 82 and was mourned on Monday at the stadium of his long-time club Santos, where thousands of people arrived to bid him farewell.

New President Luiz Inacio Lula da Silva will lead the tributes as Brazil says its final farewell to its most famous son at a 24-hour wake on Tuesday.

Among Peruvian girls, 551 were baptized as either Queen Elizabeth, Elizabeth the Second or Elizabeth II, after the British monarch who died in September after 70 years on the throne.

Despite Pele’s passing, the most popular famous name used by Peruvian parents was that of Portuguese star Cristiano Ronaldo, with Ronaldo or his full name chosen 31,583 times.

Football was an enduring theme, with 371 babies named either Leo Messi or Messi, for the Argentine World Cup champion, and 229 Mbappe or Kylian Mbappe for the French star.

Among female names, Rubi was at the top of the list with 24,980, followed by 1,787 baby girls named for Colombian singer Shakira.

There were also 250 Merlinas, as the youngest daughter of the fictional Addams family, Wednesday, is known in some Latin American countries. The character got her own spinoff series on Netflix in 2022.

One child born last year was named for billionaire Elon Musk, while another was christened “Qatar” after the host country for the 2022 World Cup. AFP