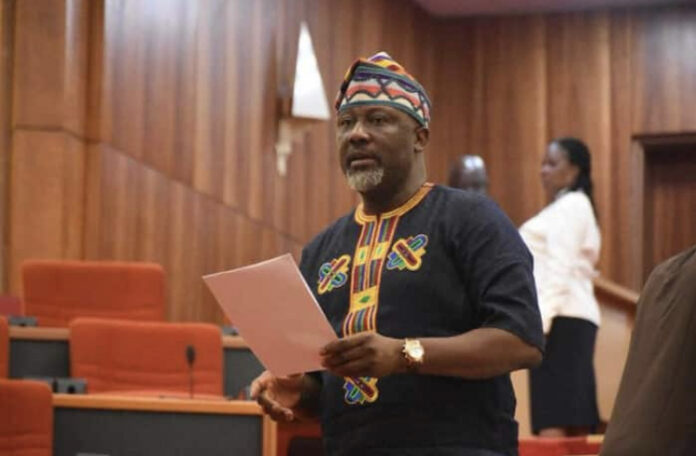 Kogi state senator, Dino Melaye, has opened up of the recent challenges the Peoples Democratic Party is facing ahead of its convention Melaye, on Thursday, October 28, pointed out that the All Progressives Congress is responsible for the crisis bedeviling the opposition The controversial politician also shut down rumous that he has no plans of returning to the ruling party.

The former lawmaker made the remark during an appearance on Channels Television’s Politics Today on Thursday, October 28.

Melaye during the interview explained that the opposition is solid, adding that there is no fear or agitation. According to him, the agitation is rather from the ruling party who are part of those orchestrating the current crisis.

He went on to note that the party’s convention will hold as scheduled inspite of the hanging court verdict due to court battles between PDP Chairman, Uche Secondus and the party framework. Melaye maintained that the verdict will go in the way of the PDP, saying members are not anxious. He said programs and preparation towards the convention are ongoing.

The Kogi politician also said he has no plans of returning to the ruling party. Melaye, who is a former member of the APC revelaed that no reasonable person will go back to his vomit.

Osinbajo Will Not Declare For Presidency On Thursday