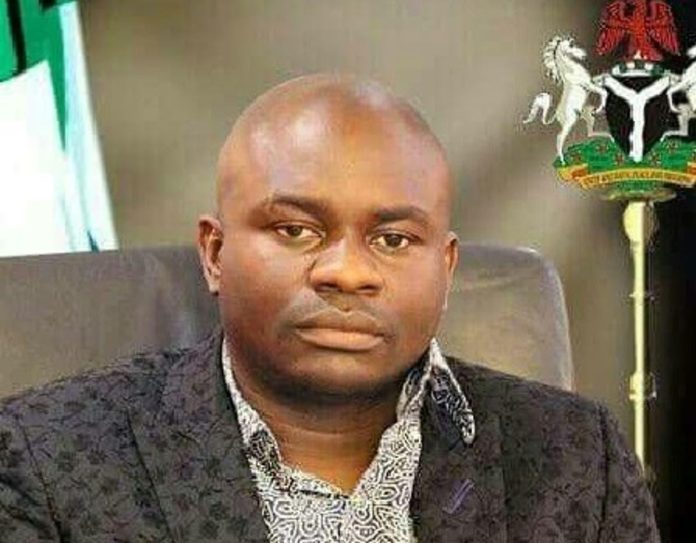 The lawmaker representing Degema/Bonny Federal Constituency in the House of Representatives, Farah Dagogo has been arrested by police operatives in Rivers State.

Recall that Governor Nyesom Wike declared the governorship aspirant wanted on Wednesday for allegedly hiring cultists to disrupt the screening of aspirants at the Peoples Democratic Party secretariat in the state.

An allegation which was denied by Dagogo, accusing the Rivers State Governor of bulling and blackmail.

Dagogo in a statement released on Thursday called on the police to arrest and investigate the Camp Commandant to the Governor, Efeturi Irikefe for his actions at the PDP office.

The lawmaker had promised to honour police investigation after screening of governorship aspirants.

The development was confirmed by the spokesman to the lawmaker, Ibrahim Lawal.

He said, “The Federal Lawmaker representing Degema/Bonny Federal Constituency in the House of Representatives and Governorship hopeful of the Peoples Democratic Party (PDP), Hon. Doctor Farah Dagogo has been arrested on the directives of Governor Nyesom Wike at the PDP Zonal Office, the venue for the screening of governorship aspirants.

“Hon. Dagogo was arrested at the governorship screening hall by some police officers and taken to an unknown location.”

May Day: Farah Dagogo speaks from police detention …As group Appeals to Wike for immediate release of detained lawmaker