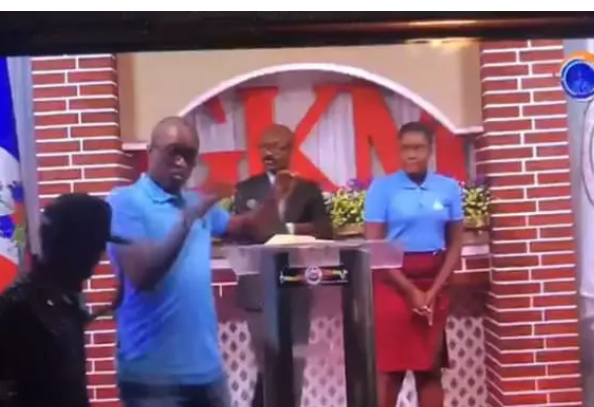 A Christian minister was kidnapped as he delivered his Easter sermon to his followers via Facebook Live. The entire incident was captured on tape, and has already been seen by millions of people.

MTO News learned that the pastor’s name is Welmyr Jean-Pierre, and he’s a prominent Haitian pastor at the church of the Gospel Kreyòl Ministry. He has hundreds of followers, many of whom were watching the service live on Facebook.

While broadcasting the sermon, a gang of men burst into the church with guns, and kidnapped the pastor, along with his deacon, and two women who were in the pulpit with him.

As of Saturday morning, MTO News has not been able to determine whether Pastor Jean-Pierre is alive or dead.

The gang of kidnappers are reportedly linked to the current President of Haiti, Jovenel Moïse. According to reports, they were upset that the pastor was not openly supporting the president’s re-election efforts.