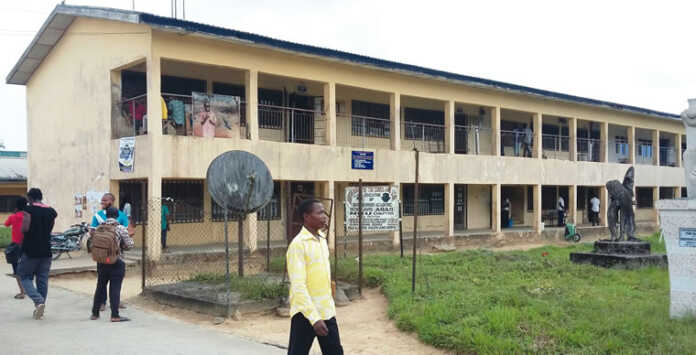 There was pandemonium earlier today in the Bayelsa State owned University, the Niger Delta University located in the Wilberforce island area of Ammassoma in the Southern Ijaw Local Government council following the shooting to death of a 200 level student, James Okunmakpeye by suspected cultists.

The deceased, James Okunmakpeye, a student of marketing at the Faculty of Management Science of the Institution, was shot in the head at close range and the bullet tore through the right eye at about 11am while standing by the door of his lecture class.

Many of his lecture mates and lecturer, according to sources, scampered out of the lecture room for safety, while the body of the deceased was left in his pool of blood. Some of the female students that witnessed the killing were seen shedding tears and lamenting over the loss of life.

The Public Relations Officer of the Institution, Ingezi Idoni, who confirmed the development assured newsmen that the institution authority is investigating the incident and have contacted security personnel on the development.

Idoni said the deceased was shot dead during lecture hours,” there was a lecturer in the class during the incident. He was shot by the door of the lecture room. He was late to the class and was being asked to come into the lecture hall. While he was offering reasons for his lateness, someone came from behind and shot him.”

The spokesman of the Bayelsa Police Command, Astimin Butswat, who also confirmed the incident, said he is waiting for details from the Divisional Headquarters in Ammassoma. But have not gotten accros to our correspondent at the time of filing the report.