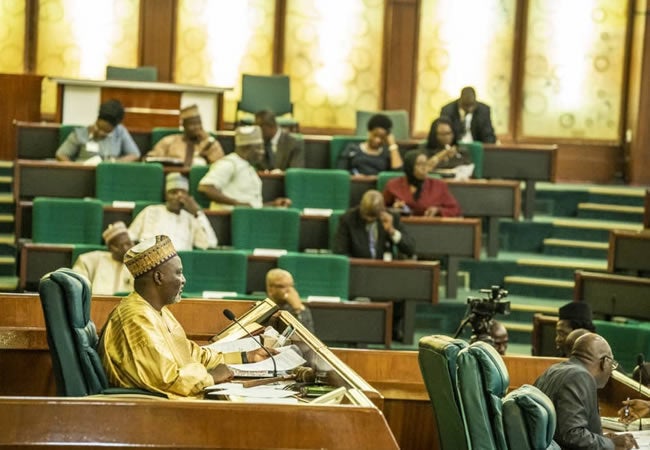 The House of Representatives on Thursday called on the Federal Government to direct the Nigerian Civil Aviation Authority and the Federal Airports Authority of Nigeria to issue licenses to allow Bayelsa Airport to begin operations.

The House also mandated the Committee on Aviation to follow up on the resolution, ensure compliance and report back within four weeks.

Presenting the motion, Elumelu said, “The House noted that in February 2019, the Bayelsa State Government completed the construction of its international airport, which has a runway of 3.7km – one of the longest in the country – and has a capacity of providing about 2000 formal and informal jobs for the indigenes of the state.

“The House further notes that the airport was constructed with a whopping sum of N60bn of taxpayers’ money and it has some of the best and latest equipment in the aviation industry.

“From February 2019 when the airport was completed to date, the NCAA has refused to grant the airport operational rights and permit for a smooth take-off, thereby causing the indigenes untold hardships and massive revenue loss to the state.

“The House is aware further that the continuous denial of a permit for a smooth take-off has stalled the rapid development which the airport was meant to bring and depriving about 2000 indigenes of the state employment opportunities.

“The House is concern that to travel to and from Bayelsa, you have to either go to Omaha in Rivers State or Sam Mbakwe Airport in Imo State, which can take nearly two hours when the road is in good condition. This is completely unnecessary and a waste of time and scarce resources, since Bayelsa airport has been completed.

“The House is further concerned that if urgent action is not taken to grant operational rights to the airport, Bayelsans will continue to suffer the ease of movement in and out of the state. The indigenes will be further deprived of the over 2000 jobs the airport will make available to them and it will reduce the business opportunities a functional airport would be availing the state.”