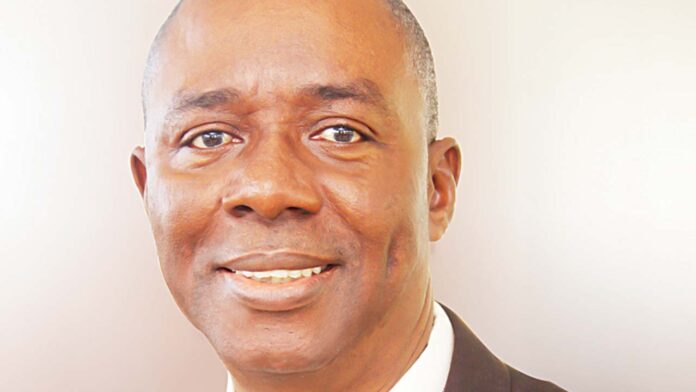 A certain woman chose and got married to a man because he was rich. She was to marry another man whom she really loved, but because that man was not strong financially, she decided to go for the rich man. She married the man who was richer.

Along the line, as the years rolled by, things became financially bad for her husband and the reason for her choosing him vanished. Things became tough and rough for her, as her source of joy in her marriage (money) was being affected.

On the other hand, the man she loved but rejected because he was not as ‘loaded’ financially started rising in his business and became rich. When this woman found out, she became irritated by everything her husband did. She started comparing her husband with his mates. She forgot that her husband was once very rich and she chose him because of that. Her happiness became affected and she lost her joy in marriage. She started seeing faults and kept blaming her man for everything that did not work well in the home. He became ugly in her sight. She lost all the respect she had for the man. The woman’s new abusive nature confused the man.

This story illustrates a marriage that was not built on love but on material things. We should not allow earthly possessions determine our happiness level.

Jesus said that, “a man’s life does not consist of how plenty his possessions are,” (Luke 12:15). Money should be given its proper place. It is too important to be ignored but not important enough to be worshipped. Develop your skill, use your skill to acquire it, do not live above your means and enjoy every level of life you find yourself during your temporary stay on planet earth. Money should be your servant and not for it to be your lover.

Money is meant to be your servant. When it is not enough, couples should pray and think out ways of getting enough to meet their needs and to give. But it becomes your boss and director, when lack of it becomes a source of tension and quarrel in your home.

When you allow financial matters to determine the joy in your marriage and family, you are not glorifying God in that marriage. Money should not be the decider of our joy. It should not be allowed to dictate what happens in our marriages and relationships.

Do not allow it to destroy the joy of your marriage and family. You have married and finance should not make you part ways or be unhappy.

Before a young man decides to marry, he should look for ways to find out whether the girl loves money more than people or him.

Marriage is both for good times and times that may not be good. When there is enough money, give God praise and handle all expenditures in a way that God will be glorified. When the finances are not forthcoming as expected, rejoice again and glorify God. It is not a time to start nagging, complaining every now and then, disrespecting your husband and quarreling with him needlessly.

It is the period you should show him more love, encourage him and let him know that God who did it before can still do it again for you financially. You can tell him words like “My husband, I know things are not really going the way they should go. I know you are trying your best to get the family out of this precarious situation. I know we shall get out of this. I will stand with you. I love you, my great husband.” Love you.