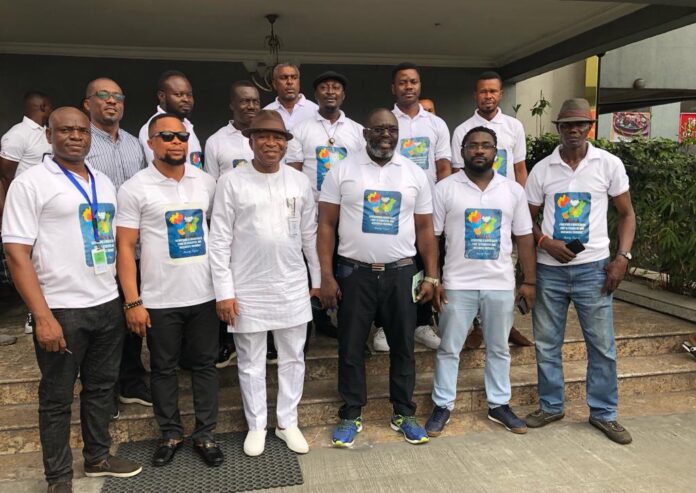 Interim Administrator of the Presidential Amnesty Programme (PAP), Col. Milland Dixon Dikio (rtd), has classified operators of illegal refineries as murderers, saying they contribute to the untimely death of many people in the Niger Delta.

Lamenting the health hazards posed  by illegal refineries, Dikio said everyone living in Port Harcourt was at a risk of dying for inhaling toxic substances from such refineries.

He appealed to all stakeholders, especially ex-agitators to collectively bring an end to illegal oil bunkering to save the region from the looming environmental and health disaster.

The PAP boss lauded members of STRACOM for putting together the workshop, saying he would continue to work with them to increase awareness on the negative impact of illegal oil bunkering.

He also charged youths in the region to stop making excuses for being idle and seize the numerous opportunities before them to earn a decent living and create employment opportunities for others.

He said: “If you are involved in ‘kpo fire’ (illegal refineries) you are not involved in a good success. You are a murderer pure and simple.

“Niger Delta is too rich for anybody to be poor. You have to think beyond paper qualification and work for the development of the region. 60% of the small business that run America are owned by Individuals and most of them don’t have college degrees.

“Here in Nigeria we pride ourselves as the most literate set of immigrants. How many of you are governors or own businesses or are senators? It’s highly time we wake up. Collectively we will change our narrative, Niger Delta will be the safest place to live and do business in Nigeria”, Dikio said.

On his part, Head of Reintegration at the PAP, Alfred Kemepado, commended the ex-agitators for organizing the programme, and appealed to them to continue to be change agents.

He said: “The whole essence of today’s event is to reconstruct the mindset of the ex-agitators towards building a Niger Delta where we can all have it as the best place to live and do business.

“The message to the Niger Delta youths is that peace is in their best interest and any form of violence doesn’t pay. It may have short term benefits for the crisis merchants at that particular time but the simple question we need to ask is where were we before the militancy in 2009 and where are we today? If you take a score you don’t need a deep research to see it”.

In his remarks, the Rivers State Director of the National Orientation Agency (NOA), Mr. Young AyoTamuno, represented by a Deputy Director, Mr. Edward Amonia Banigo, said the workshop was timely in view of the coming general elections.

He said: “We want to commend you for this Programme and we call on all others, other groups like you to also come up with programmes like this. We are here to partner with groups like you to deepen peace in the Niger Delta, in our communities and deepen our National core values. So that at the end of the day, the change we desire we shall see it.

“The 2023 election is around the corner, we have a beautiful opportunity to make that change and one step to achieving that is to make sure you get your PVC. With your PVC we can peacefully put men and women of integrity who will change the narrative of our fatherland”, he said.

He said: “Today is the grand finale of the peace summit that the ex-agitators have been organizing round the Niger Delta region. We believe that today has also given us further opportunity to do more having had the presence of the Interim Administrator himself.

“It shows that the Amnesty office is also in support of what we have been doing and they are ready to work with us to creat awareness for peace in the Niger Delta”.