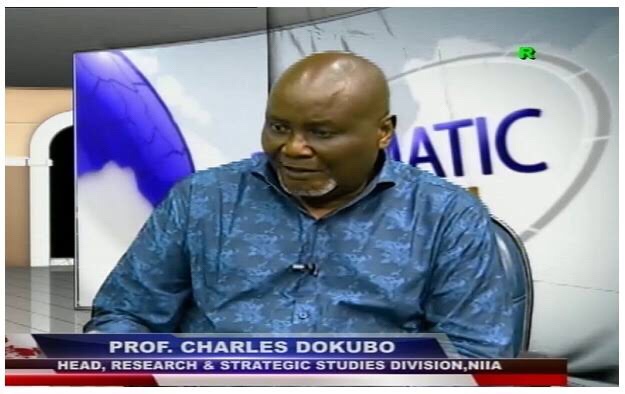 Congratulations on your appointment as the the Special Adviser to the President of the Federal Republic of Nigeria on Niger Delta Affairs and Co-ordinator, Presidential Amnesty Programme, PAP.

Let me acknowledge the veracity that you are morally and academically qualify and fit for the revered and eye-popping office, as your exposure and experience, being an academics, educationists and a researcher are undeniable evident of your qualities to Mount the steering wheel at the helm of affairs in the PAP.

Sir, I read your Press Release on the media at the wake of your appointment, that your primary aim and objective is to remove ghost names and work on those captured and genuinely registered in the PAP.

This pronouncement is not only heart-warming and soul-brightening to many, who are deprived in the Programme, but your intention-if carried out successfully-would be the only viable method your progress and achievements can be measured, because you can not claim to have achieved much when the genuinely captured and registered persons in a programme are been short-changed from training and their stipends short-paid.

I am not saying others can’t benefit from certain scholarship schemes from the Amnesty office, but it make little or no sense to deprive or abandon the Amnestied persons of their stipends and training, (Educational, Professional and Vocational), in connivance with some Generals, in the pretext of empowering and training others who are not captured or registered in the PAP.

That’s short-changing, and it’s very illogical and equivocal to any well-meaning Niger Deltan who is intellectually mobile.

Sir, note, your predecessors claimed to have achieved much in the programme, but it’s unfortunate there are more complaints and petitions on your desk, ranging from rationed stipends to short-changing instead of enough proves of their achievements. Which means you are a living witness to my assertion.

Sir, I believe you are conscious of these facts, perhaps that’s why your focus is geared towards removing the ghost names so as to get a clearer picture of your direction in the programme.

Sir, it’s no news that those ghost names serves as mechanism to extort and syphone funds meant for the up-keep and training of the registered persons in the PAP.

This act has created unwanted convolutions in and outside the Amnesty office. I believe you are aware of all these, hence your resolve to extinguish the ghost names from the PAP.

Sir, what I can’t tell is how resolute, firm and committed you are in your quest and desire to right the wrongs, and also to establish what is legitimate in the PAP for the common good of Niger Delta and Nigeria in general.

Sir, this letter, as a matter of exigency, is driven by necessity, but not arrogance. Also, My probe on your firmness and steadfastness is not born-out of doubt or condemnation and should not be seen and treated as such, but it’s based on necessity and the obvious sensitivity of your office, and the cankerworms, scavengers and vampires that surrounds it, and that they’re ready to suck dry any fund accrued to the scheme with frivolous contracts and unrealistic ideas.

Sir, it’s an open fact that your predecessor, Gen Paul T Boroh (rtd), who made similar pronouncement as yours at the wake of his appointment did not survive these forces, because he could not fix the loopholes he inherited in the Amnesty office. Perhaps he wasn’t firm and steadfast enough on his resolution against the aforementioned sociopolitical forces that have turned the Amnesty programme into gladium at the expense of those captured in the programme and our dear region in general.

Sir, as far as I can envisage, those forces are already tirelessly trying to romance hands with you, rub shoulders with you and meet minds with you.

Be that as it may, you must be firm, steadfast and focus enough to overcome their numerous temptations. I know it’s never going to be easy, but it’s achievable, if you refuse to bow to their pressure.

Nevertheless, with the Press Release from the Amnesty office on 15/05/2018, titled, “New Dawn For The Amnesty Programme”, signed by your S A on Media, Mr Murphy Ganagana, l believe you must have put in place parameters and modalities towards achieving your aims and objective, Paramount among them are to remove ghost names, payment of stipends and tuition fees as well as commencement of massive training, (Educational, Professional, Vocational), and payment of allowance.

Consequently, Sir, many who are suffering from the activities of these forces are believing in you to restore hope in the PAP, as many others might have lost hope in the programme and delved into oil bunkering and related socioeconomic vices, because of the hiccups in the PAP perpetrated by the cankerworms, scavengers and vampires.

Therefore Sir, you will agree with that if the issues of Short-changing and Short-payment are properly addressed, issues of oil theft and pipeline vandalism will also be reduced to the nearest.