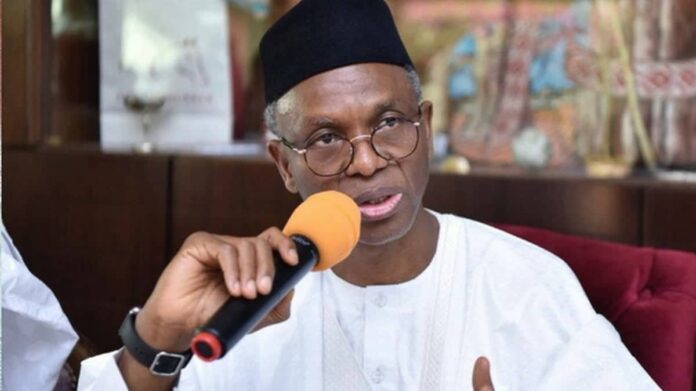 Governor Nasir El-Rufai of Kaduna State has stated his position on the defection of former Aviation Minister, Femi Fani-Kayode to the All Progressives Congress, APC.

El-Rufai said only APC leaders who brought Fani-Kayode back into the party could explain why they allowed him.

He stated his position while responding to journalists who asked for his response on Fani-Kayode’s defection at the APC National Secretariat in Abuja on Tuesday.

According to El-Rufai: “I don’t comment on the decisions and actions of the leaders of the party. They have the job of running the party and they have to make the judgment on who to bring into the party.

“And you know politics is a game of addition. So you want to add and add. And they have taken that decision. But I don’t comment on that because they are the ones running the party.

“If I bring someone to Kaduna and you asked the Kaduna State Government to explain, I will explain. I don’t know how to run the party.

“I was deputy national Secretary for a short while and it was the only experience I had in party management. So I won’t comment on that.”

The former Aviation Minister had last week defected to the APC, after u ars of criticizing the ruling party.

Fani-Kayode’s defection was made public when he was officially presented to President Muhammadu Buhari at the Presidential Villa, Abuja.

He was presented to the president by APC acting National Chairman, Mai Mala-Buni.