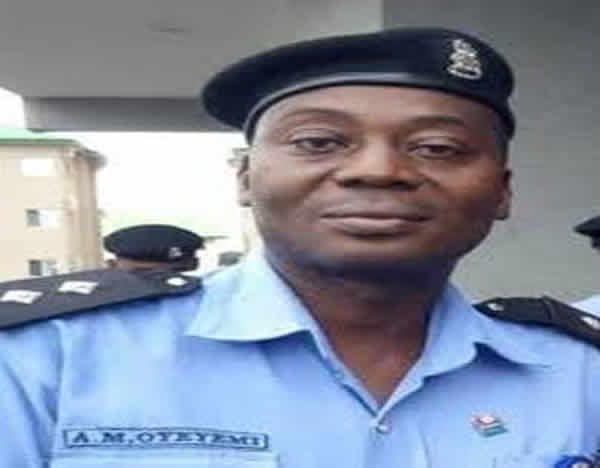 Men of the Ogun State Police Command have arrested a 33-year-old man, Imoleayo Adekoya, for allegedly having carnal knowledge of a 27-year-old lady.

Adekoya reportedly dragged the victim to an isolated area after accusing her of not greeting him and raped her.

The Police Public Relations Officer in the state, DSP Abimbola Oyeyemi, disclosed this in a statement on Sunday.

Oyeyemi said the suspect was arrested on Saturday following a report lodged by the victim at the Sakora divisional police headquarters, Sagamu.

He said the lady complained that while she was coming from the Ipoji area in Sagamu, she was accosted by the suspect, who accused her of not greeting him.

Oyeyemi said, “She stated further that she apologised to him not to be annoyed, that it was because she didn’t know him.

“But surprisingly, the man pounced on her and started beating her and dragged her to the back of his house, where she forcefully tore her clothes and had sex with her despite her shouting and struggling.

“Upon the report, the DPO Sakora division, CSP Rowland Dahunsi, quickly detailed his detectives to follow the victim, who was accompanied to the station by her father, to the scene, where the suspect, who was identified by the victim, was promptly arrested with the assistance of the people around.

“On interrogation, the suspect confessed to the crime, but claimed to be under the influence of alcohol at the time. The victim has been taken to hospital for treatment and medical report.”

The PPRO said the state Commissioner of Police, Edward Ajogun, had ordered the immediate transfer of the suspect to the State Criminal Investigation and Intelligence Department for further investigation and prosecution.

I Didn’t Know The Roads Are So Bad, I Pity You – Ogun Gov Abiodun [PHOTOS]