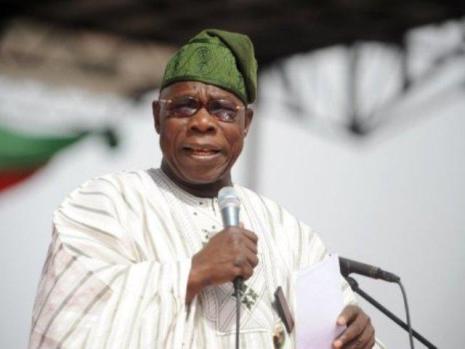 Former President Olusegun Obasanjo has written to the Ekiti State Governor-elect, Kayode Fayemi, congratulating him on his victory in Saturday’s governorship election in the state.

“Indeed, your success at the polls after a hard fought campaign is proof that the people of Ekiti State value your leadership and appreciate the efforts you have made thus far on their behalf,” Mr Obasanjo said in the letter dated July 15. “I salute you and all those who worked for your re-election.” 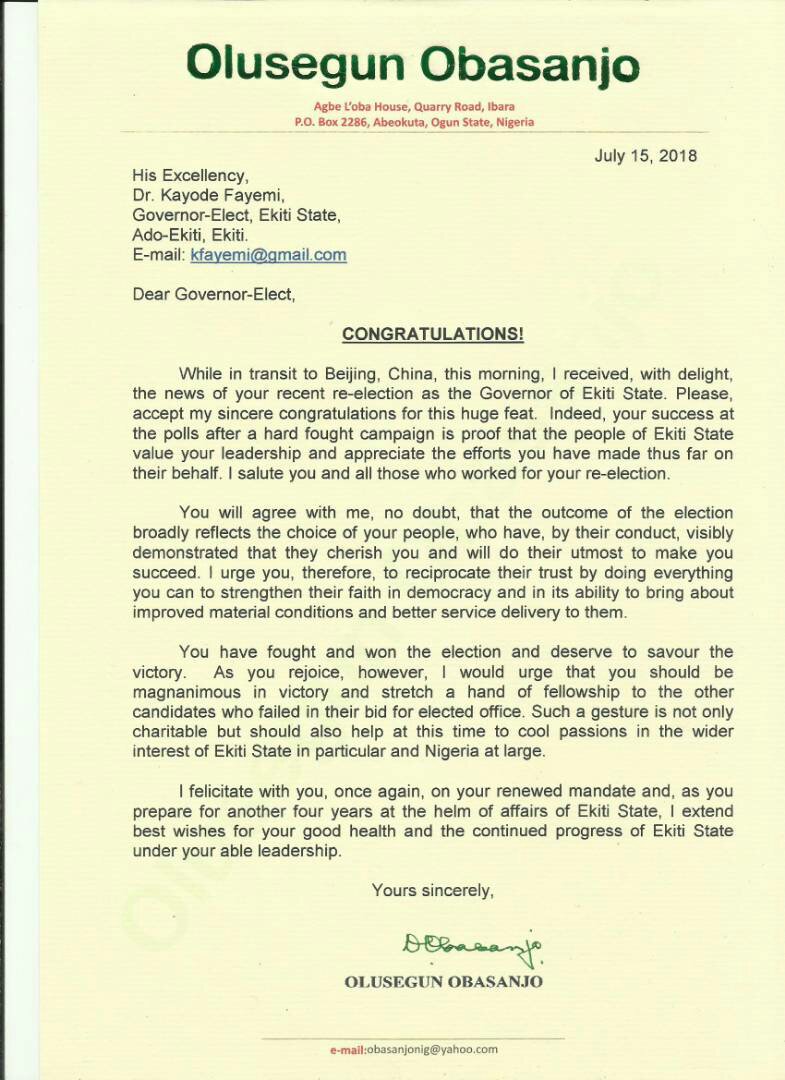 The former President, who said he received news of Mr. Fayemi’s election while on transit to Beijing, China, described the politician’s victory as a huge feat.

He added, “You will agree with me, no doubt, that the outcome of the election broadly reflects the choice of your people, who have, by their conduct, visibly demonstrated that they cherish you and will do their utmost to make you succeed.

“I urge you, therefore, to reciprocate their trust by doing everything you can to strengthen their faith in democracy and in its ability to bring about improved material conditions and better service delivery to them.

“You have fought and won the election and deserve to savour the victory. As you rejoice, however, I would urge that you should be magnanimous in victory and stretch a hand of fellowship to the other candidates who failed in their bid for elected office.

“Such a gesture is not only charitable but should also help at this time to cool passions in the wider interest of Ekiti State in particular and Nigeria at large.

“I felicitate with you, once again, on your renewed mandate and, as you prepare for another four years at the helm of affairs of Ekiti State, I extend best wishes for your good health and the continued progress of Ekiti State under your able leadership.”

Although Mr. Obasanjo is opposed to Mr. Fayemi’s party, the All Progressives Congress, (APC), he appeared to prefer the victory of the party in this particular election.

The former President had in 2006 masterminded the impeachment of the state’s then and current governor, Ayo Fayose, from office. Mr. Fayose was at the time accused of monumental corruption.

Mr. Fayose surprisingly returned to office by defeating Mr. Fayemi in the 2014 election. But he has remained one of the most consistent critics of Mr. Obasanjo, abusing the former leader from time to time.

It appears the former president wanted PDP defeated in Ekiti as punishment for Mr. Fayose.

Obasanjo denies writing UK to back off Nigeria’s 2023 election