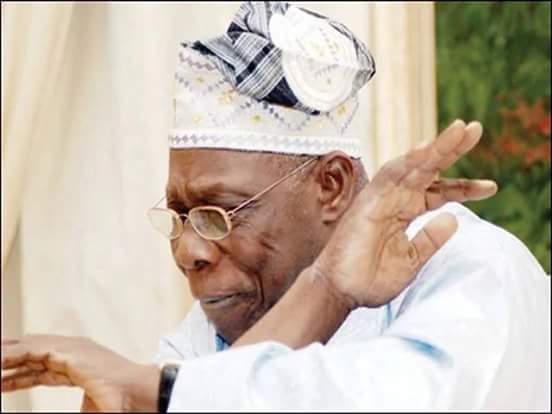 Former President Olusegun Obasanjo has fired back at President Muhammadu Buhari over the allegation that $16 billion was wasted on power project.

In a statement issued on his behalf by Kehinde Akinyemi, his spokesman, Obasanjo alleged that Buhari’s statement was based on ignorance.

While hosting some of his supporters at the presidential villa in Abuja on Tuesday, Buhari said “a former president” had questions to answer over the project.

“You know the rail was killed and one of the former heads of state was bragging that he spent more than 15 billion American dollars on power. Where is the power?” he had asked.

But responding jocularly, Obasanjo said: “The answer is simple: the power is in the seven National Integrated Power Projects and eighteen gas turbines…”

He referred Buhari to My Watch, his autobiography, saying he had cleared allegations about the power project in 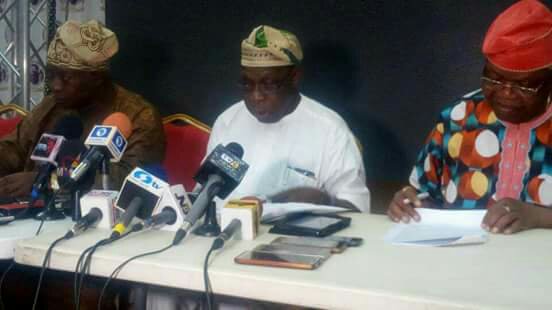 The elder statesman said if Buhari could not read, he should direct his aides to read the book and summarise it in a language the president can understand.

Below is the statement:

It has come to the attention of Chief Olusegun Obasanjo that a statement credited to President Muhammadu Buhari, apparently without correct information and based on ignorance, suggested that $16 billion was wasted on power projects by “a former President”. We believe that the President was re-echoing the unsubstantiated allegation against Chief Obasanjo by his own predecessor but one.

While it is doubtful that a President with proper understanding of the issue would utter such, it should be pointed out that records from the National Assembly had exculpated President Obasanjo of any wrong-doing concerning the power sector and has proved the allegations as false.

For the records, Chief Obasanjo has addressed the issues of the power sector and the allegations against him on many occasions and platforms, including in his widely publicised book, My Watch in which he exhaustively stated the facts and reproduced various reports by both the Economic and Financial Crimes Commission (EFCC), which conducted a clinical investigation into the allegations against Chief Obasanjo, and the Ad-Hoc Committee on the Review of the Recommendations in the Report of the Committee on Power on the Investigation into how the Huge Sums Of Money was Spent on Power Generation, Transmission And Distribution between June 1999 and May 2007 without Commensurate Result.

We recommend that the President and his co-travellers should read Chapters 41, 42, 43 and 47 of My Watch for Chief Obasanjo’s insights and perspectives on the power sector and indeed what transpired when the allegation of $16 billion on power projects was previously made. If he cannot read the three-volume book, he should detail his aides to do so and summarise the chapters in a language that he will easily understand.

In the same statement credited to the President, it was alleged that there was some bragging by Chief Obasanjo over $16 billion spent on power. To inform the uninformed, the so-called $16 billion power expenditure was an allegation against Chief Obasanjo’s administration and not his claim. The President also queried where the power generated is. The answer is simple: The power is in the seven National Integrated Power Projects and eighteen gas turbines that Chief Obasanjo’s successor who originally made the allegation of $16 billion did not clear from the ports for over a year and the civil works done on the sites.

Chief Obasanjo challenges, and in fact encourages, anybody to set up another enquiry if in doubt and unsatisfied with the EFCC report and that of the Hon. Aminu Tambuwal-led ad-hoc committee.