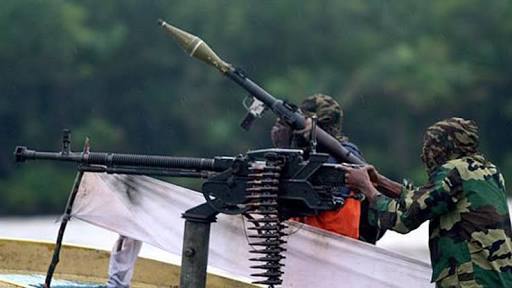 Youths from oil and gas producing communities of the Niger Delta region have advocated for a community oriented oil facilities surveillance scheme all over the region as the best model to address the menace of pipeline vandalization and attacks on oil and gas facilities.

The youths, made their position known during an interactive session between youth leaders and representatives of the Capt. (Dr.) Hosa Okunbor owned Ocean Marine Solutions Limited on campaign against attacks on oil and gas facilities in the Niger Delta region.

The interactive session, which took place in Warri, Delta State on Saturday, had youths drawn from different oil and gas producing, and impacted communities to brainstorm on how best to tackle the problem of destruction of oil facilities.

Among the Youth Leaders who spoke at the occasion are the President of the Ijaw Youth Council (IYC) worldwide, Mr. Eric Omare, Itsekiri National Youth Council (INYC) President, Agbateyinro Weyinmi and others including youth leaders from Urhobo, Ndokwa, Isoko and other ethnic nationalities of the Niger Delta region.

The youths,who also commended the Ocean Marine Solutions owned by Capt. Hosa Okunbo and the Nigerian National Petroleum Corporation (NNPC) in adopting the community oriented approach to the protection of oil facilities in some parts of the Niger Delta region especially parts of Delta State by employing a lot of youths to protect oil facilities,said the strategy has proven to be effective rather than paying so much money to the security agencies without any significant result.

The Niger Delta youths therefore called on the NNPC and the federal government to channel the money being spent on security agencies in the protection of oil and gas facilities to community youths so as to constructively engage the youths and prevent them from engaging in negative vices.

The youths argued that as the saying goes, ‘’an idle mind is the devil’s workshop’’, the high level of youths unemployment in the Niger Delta region is partly responsible for the persistent vandalization of oil and gas facilities.

The youths also advocated the community oriented pipeline surveillance scheme being promoted by Ocean Marine Solutions as the panacea to the problem of oil bunkering in the Niger Delta.

They argued that instead of the JTF destroying local refineries in the region and thereby destroying the Niger Delta environment; the government should find an economic solution to the problem.

The youths believed that the absence of economic opportunities is responsible for the proliferation of local refineries in the Niger Delta region and it is a challenge to government to provide an economic solution.