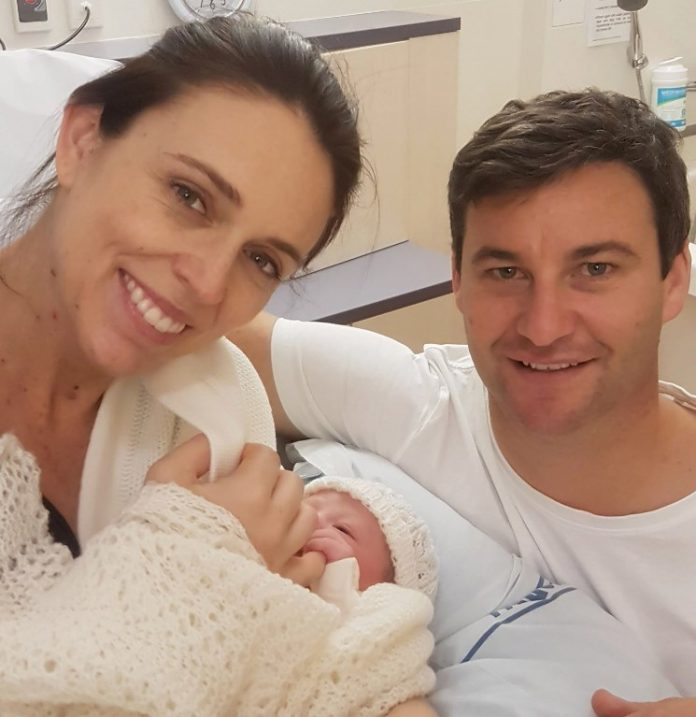 New Zealand Prime Minister Jacinda Ardern has become only the second leader to give birth while in office, in another milestone for women in politics.

The 37-year-old took to Instagram to reveal the birth of her daughter Thursday, but has downplayed the significance of her pregnancy.

“Plenty of women have multitasked before me, and I want to acknowledge that,” she said in January.

Here are some of the other historic moments for women in government.

New Zealand has a track record of being progressive on women’s issues — in 1893 it became the first country to give women the right to vote. Australia extended the franchise in 1902.

Major powers of the era followed later, with the United States granting women the vote nationally in 1920. Women in Britain had to wait until 1928.

Women in Saudi Arabia voted for the first time in 2015 at municipal elections.

Jeannette Rankin, a Republican from Montana and leading activist, was the first woman to be elected to the US Congress, in 1916.

Despite being ahead of the curve with universal suffrage, New Zealand didn’t get its first female MP until 1933, while Australia elected two women lawmakers to its national parliament in 1943.

The first woman elected to Britain’s House of Commons was Constance Markievicz in 1918, although as a member of the Irish republican party Sinn Fein, she did not take her seat.

The first female prime minister was Sirima Bandaranaike, who was elected to lead Sri Lanka (then Ceylon) in 1960. She only came into politics after the assassination of her husband, then-premier Solomon Bandaranaike, but became a dominant figure, serving three terms as head of government.

But yet again, New Zealand is a trailblazer in this respect — Ardern is the third woman to be the country’s prime minister, following in the footsteps of Helen Clark and Jenny Shipley.

– Leaders who have had babies in office –

Ardern is not the first female head of government to give birth in office — that record was claimed by late Pakistani prime minister Benazir Bhutto when she had a baby girl in 1990.

On the campaign trail, Ardern, 37, had pushed back against questions about whether she intended to start a family, saying pregnancy should not affect a woman’s career opportunities. 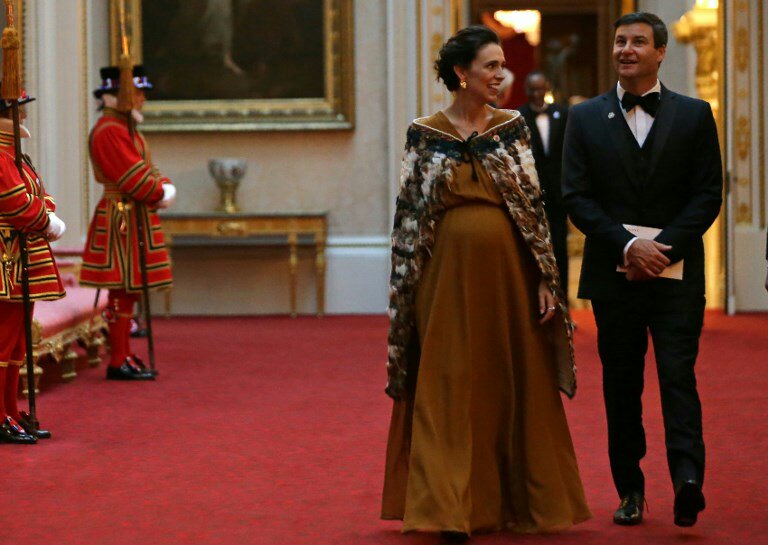 In this file photo taken on April 20, 2018 New Zealand’s Prime Minister Jacinda Ardern (L) arrives to attend The Queen’s Dinner during The Commonwealth Heads of Government Meeting (CHOGM), at Buckingham Palace in London.

– Women in the majority –

The number of women lawmakers has increased in recent years and currently stands at 23 percent of all MPs worldwide — but female MPs make up over half of elected representatives in the lower houses of just two countries.

In Rwanda, 61 percent of MPs are women, while in Bolivia the figure is 53 percent, according to Swiss-based Inter-Parliamentary Union, an organisation that collects data from legislatures worldwide.

Italy’s Licia Ronziulli was snapped with her six-week old child in the European parliament in 2010, and has regularly been accompanied by her little person since then — to the joy of photographers.

Spanish MP Carolina Bescansa breastfed in her national legislature in early 2016, while the issue of juggling children and a political career hit the headlines in Australia last year when senator Larissa Waters became the first woman in the country’s history to breastfeed in the chamber.

That followed new rules introduced in 2016 to create a more “family friendly” parliament in the wake of what was described as a “baby boom” among politicians.

However, in more socially conservative Japan, a female politician was ejected from her chamber in November after bringing her baby into a meeting, sparking heated debate.

Yuka Ogata took her seven-month-old son to join a municipal assembly session in western Kumamoto city, but other lawmakers asked her to leave — ostensibly because rules stipulated that only politicians, staff members and city officials were allowed to take part.