The news that the French President, Monsieur Emmanuel Macron was visiting the New Afrika Shrine, the edifice that celebrates the ideal, ethos and music of the late Afrobeat King, Fela Kuti yesterday generated much frenzy.

Forty-eight hours before the day, Tuesday July 3, 2018, the Shrine had begun to undergo a makeover as the roads and drainage channels were being repaired and the vicinity of the New Afrika Shrine located at the ikeja Central Business District had begun to look brighter as paintings and barricades were erected to designate the entry points and bar unwanted people from gaining access.

As early as 4pm, the vicinity of the Shrine was a beehive of people watching who arrives. The Orange-shirt wearing Afrika Shrine security men were in their dozens positioned at different areas with the Neighbourhood Corps along with Policemen everywhere.

Dignitaries began to enter the Shine past 5.30pm as security was beefed up. 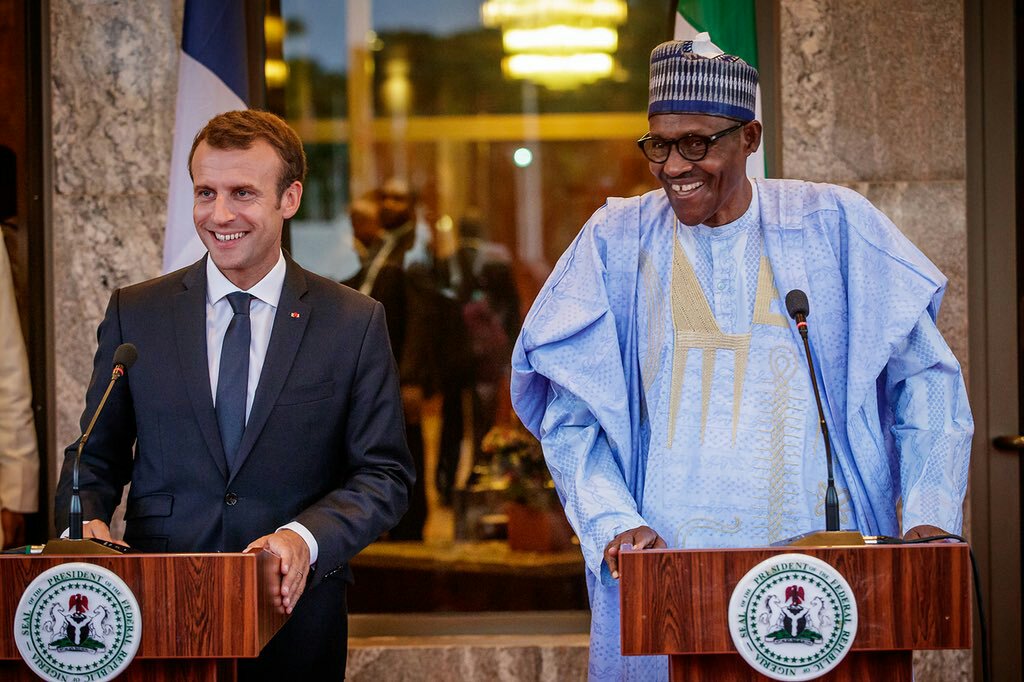 At about 7.08 pm, four buses carrying diplomats and security aides from the French embassy sauntered in front of the New Afrika Shrine. They were four white buses.

As the dignitaries came out of the luxury coaster buses, the environment was filled with hundreds of onlookers and crowd normally seen around the tourist destination, Afrika Shrine anytime a major concert or event holds at the place.

#NaijaLiveTv also spotted the celebrity Soul singer, Asa among the dignitaries as French men and women walked into VIP section. 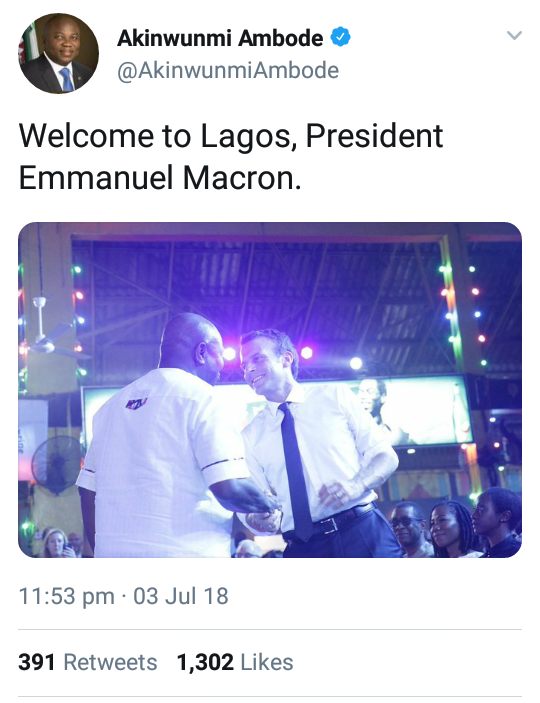 The Lagos State Governor, Akinwunmi Ambode and the president of France, Monsieur Macron were already at the iconic place, the New Afrika Shrine.

Earlier celebrities from the entertainment world also arrived as they looked forward to the night of celebration of Nigerian culture and music. They include Yemi Fash Lanso, Ramsey Noah, Banky W and wife.

It was gathered that the night of celebration of Afrobeat music and icon, Fela Kuti – the Abami Eda was supported by Eco Bank and the Lagos State Government.