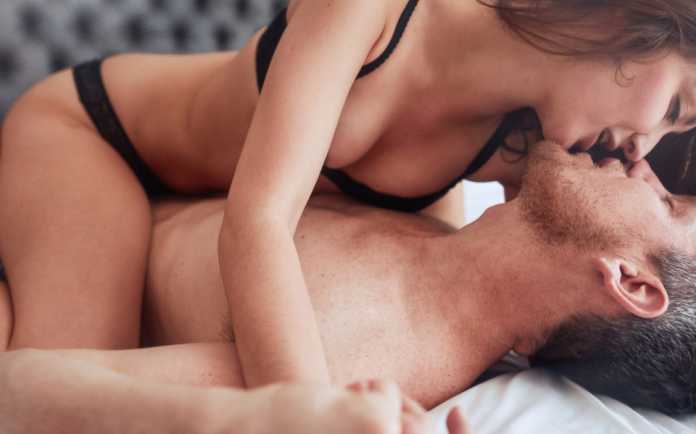 NEARLY HALF of women want sex more than their male partner — and they’re really frustrated about it.

A new survey found 43 per cent of women said they had a higher libido than the man they were having sex with, casting doubt on the received wisdom that it’s always blokes who want it more.

Almost half of all women want to have more sex than their male partner does (stock photo)Credit: Getty – Contributor

There was little difference between the sexes with 42 per cent of men saying they wanted sex more than their wife or girlfriend.

Three-quarters of couples (72 per cent) have been in a relationship with mismatched libidos.

And of these, two-thirds (62 per cent) said the different sex drives had been a factor in their eventual split.

The findings come from a new survey of 2,000 people, split evenly amongst the sexes, by IllicitEncounters.com, the UK’s leading dating site for married people.

It found that mismatched libidos were a factor in 52 per cent of all affairs.

Half of women who cheat (54 per cent) and a similar number of men (56 per cent) said they strayed because they wanted more sex than their regular partner.

Six out of ten women (62 per cent) and 59 per cent of men said that mismatched libidos was a “red flag” which would spark immediate concern as to whether a new relationship would last.

Three-quarters of women with higher sex drives (74 per cent) have discussed this with their partner and tried to sort out the issue.

But only 57 per cent of highly sexed men in the same situation have done the same.

IllicitEncounters.com spokeswoman Jessica Leoni said: “Couples with mismatched libidos are doomed — the partner with the higher sex drive will invariably end up cheating.

“There has been a long-held stereotype that it always men who want more sex than their female partners — that is rubbish.

“This new research shows that women are becoming more open about what they in the bedroom and that is a good thing.”

More than 10,000 new people have signed up to start affairs with IllicitEncounters.com since the start of the year.

Women can join for free while men pay a monthly subscription.

The average male adulterer is a BMW-driving golf fan working in finance and living in the South East, earning £60,000 a year.

Girls, Stop waiting for a Rich man to Marry you, Marry a poor man and grow with Him – Actress Anita Joseph

Man Collapsed As Wife Reveals Their Neighbor Is The...

“When I was Governor, I worked with the Good,...

You Can’t Marry Me Me If You Dont Have...