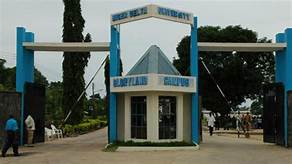 According to the institution’s VC, out of the 15,811 graduating students, 619 graduates will be confered with various post graduate degrees including Doctorate, Masters and Post Graduates Diplomas.

Professor Edoumiekumo, who stated this during a pre-convocation press briefing at the university Conference Hall, Amassoma, yesterday, said the convocation will cover five sets of students who graduated between 2014/2015 to 2018/2019 academic sessions.

The VC who was flanked by the Deputy Vice Chancellor Administration, and Academic, Professors Donbebe Wankasi and Professor Allen Agih, and other management staff of the university, said the institution has recorded unprecedented achievements in academic and infrastructure since he came on board as the Vice Chancellor of the institution.

He further explained that the institution was able to eliminate sex-for-marks and victimization of students by lecturers through conference markings of examine scripts, a law which was passed and implemented by the Senate of the institution and complied by the academic staff.

He said, “Niger Delta University is as big as most federal university, here we now have 14 faculties, am very happy because we now have enough programmes for our people to study. We have introduced 9 new programmes, making it a total of 70 degree awarding programmes fully accredited.

“From 3,500 intakes of students before, we now currently have officially 6,959 students to be admitted once but with attrition of 10 percent we are now to admit 7,600 students at once. I want to thank the staff and students of this university for their support, because we are seeing the university as our own we are now doing everything to see that to see that this university survives.” The vice Chancellor reiterated the institution determination to continue to uphold the core values of excellence, integrity and character among graduands , adding that the nearest future Niger Delta University will be reckoned among the best institution in Nigeria.

He also pointed out that the institution graduates are made to acquire entreprenueral skills to make them self reliance and employers of labour.

“Starting from 2018/2019 academic session, we have incorporated entrepreneurship training program into our curriculum in year two.

“In this University, irrespective of of your course of study, you will have a specialized skill to graduate with and will be satisfied.

“We have programmes like welding,water production, cosmetic,detergent making, electrical,hair dressing, , Most of our products is local content, all our soft-wares currently used are written by our students”.

He stated further that the university has also been able to review, update and introduced some new programmes in line with modern day realities like quantity surveyor, Human Anatomy, Architecture, building engineering, urban and regional planning and library and information science.

A MUST WATCH VIDEO: What is the meaning of CV? Newly Graduated Niger Delta University Student misfires

Relationship News Agency - February 18, 2020 - 7:44 am
0
The Half Assini District Police Command in the Western Region has commenced investigations to unravel circumstances under which a 25-year old lady...