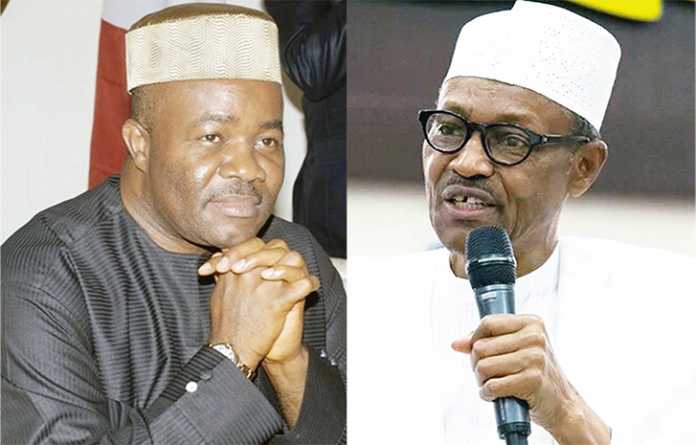 Stakeholders and traditional rulers across the Nine States of the Niger Delta region have urged President Muhammadu Buhari and the Supervising Minister of Niger Delta Affairs, Chief Godswill Akpabio to develop new approach for the Niger Delta Development Commission (NDDC) to train and empower youths of the region as against the crunching cases of hunger, unemployment and criminality in the region.

The stakeholders, made up of Civil Society groups, Youth Activists, Politicians and Traditional Rulers, noted that instead of the purported Presidential Directive to the NDDC against the training and empowerment of youths in the Niger Delta region, the suggested ‘stomach infrastructure’ approach will allow Human Capacity Development in order to reduce the peoples sufferings, unemployment and youths involvement in criminality across the region.

The Niger Delta stakeholders, after a one-day deliberation on the way forward for the region and Chaired by Barrister Onyema Omenuwa, Esq.,said the suggested approach is further assisted by the recent Bloomberg publication dated March 26, 2021 on the poverty status in the region and need government assistance, therefore embarking on youths entrepreneurship empowerment initiatives like small-scale retailing, crop and animal farming, artisanship, information and communication technology, and other technological training will significantly engage youths for productive developmental activities which can translate to poverty reduction and pro-growth.

“Two-thirds of the population of the Niger Delta is below the age of 30. With pervasive poverty and unemployment in the region, many youths are such as armed robbery, oil bunkering, prostitution and hostage taking for ransom. The persistent tension in the region further encouraged more youths to prefer quick gains from crime and conflict over longer term and frequently unavailable returns to investments in education and training. Youth restiveness and persistent conflict in the Niger Delta hurt both the national economy and the local people”.

Barrister Omenuwa stated that the global coronavirus pandemic and lockdown further placed millions of people across the region in poverty. The people need government assistance and they urged President Muhammadu Buhari to direct the Supervising Minister of the NDDC, Hon. Godswill Akpabio to ensure that the NDDC urgently embark on Human Capacity Development in order to reduce the people’s sufferings, unemployment and youths involvement in Criminality.

“Youths empowerment initiatives like small-scale retailing, crop and animal farming, artisanship, information and communication technology, and other technological training will significantly engage youths for productive developmental activities which can translate to poverty reduction and pro-growth. It can also propel youths to attach themselves firmly to positive social institutions which would in turn lead to the development of positive identity, employment opportunities, self-efficacy, and social bond”.

The stakeholders however commended the President Muhammadu Buhari and the Hon. Minister on the recent commissioning of the Niger Delta Development Commission’s Headquarters in Port Harcourt, Rivers state 25 years after the groundbreaking ceremony, “it is gratifying to note that the Buhari administration has set the pace in practical development. Rather than having a comprehensive approach towards the development of the region, previous administrations have mostly focused on roads projects worth hundreds of billions of naira, constructed by local companies which are easily washed away during the rainy seasons”

“There are too many substandard jobs done by indigenous contractors. With this pace, the region can never become the Dubai of Africa as many people in the region aspires. In our opinion, all major construction contracts should be given to multi-national companies that have a good track record and proven capacity of delivering world-class projects.”