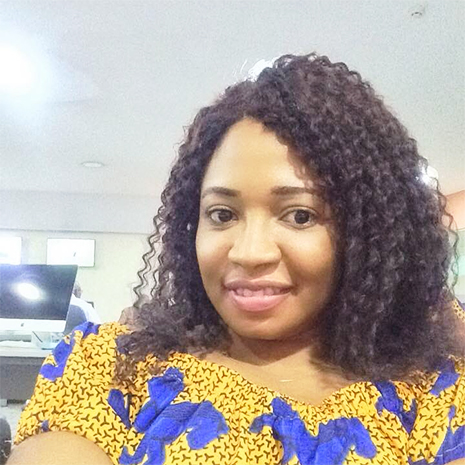 Ivy really wanted to stop sending her nude pictures to her boyfriend and making love with him over the phone but she feared losing him if she stopped giving in to his demands. From her story, making love with her distant boyfriend on the phone that required touching herself to turn herself on and her boyfriend also doing the same from his own side, over time, has made her addicted to touching herself whenever she is alone. Though her naughty self enjoyed the tingling feelings she got whenever she touched herself, she said, she ended up feeling guilty afterwards. And she was afraid of becoming a pervert.

“I am the kind of person that doesn’t like distance relationships. All the guys I have dated in the past were either staying in my street or a stone throw from my house. I enjoyed it that way because we had to keep a close watch on each other. I like such closeness, I could visit him whenever I liked and he could do the same and in cases of emergency that required his help, I wouldn’t need to look for someone else to assist me.

For two years now, there is this guy I have been in a relationship with. We met on one of the social media. He lives in Port Harcourt while I am in Lagos. We started chatting and we became good friends. But he was always asking for my nude pictures and wanted to have sex with me over the phone – a request I declined. In fact, that was a turn-off for me. Sometimes he would send his nude pictures to me, of course, without showing his face. I got angry at him and threatened to block him.

“I assumed he was either a porn star or some kind of demented social media user. After much pleading and a promise not to send his nude pictures again to me I accepted to continue with the relationship. This guy was an ardent believer and worked in a reputable firm. So, I wasn’t expecting all that from him. That was what I told him. I know I am not all that good girl, I prefer having it with a guy in real life, not over the phone. Now, after he came to see me in Lagos and I paid him back a visit, I found out he was a good person. Maybe he was doing that out of loneliness or just for fun. Now, he has resumed sending his nudes to me. Since I have come to know him and I have seen that he is harmless and I trusted him somehow, I became free with him and sent him pictures showing when I am bathing, and some parts of my body.

“Right now, he is becoming addicted to it, or I should say it has become his habit to ask for my nude pictures every now and then. Even when we are on video calls, we made love over the phone. He would ask me to touch myself while he would touch himself, too. Honestly, I am not comfortable with that. I feel it’s the same thing as masturbating. I always feel dirty after those video calls. And from the look of things, he is enjoying it. I don’t know how to tell him to stop this. Whenever I complained about the effect it was having on me, he would tell me that he didn’t want to cheat on me with someone else, and that was why he was doing all that to relieve himself. Right now, I think I am turning into something else and really need help. When I am alone, in a reflex action, I would begin to watch those x-rated films he sent to, and I would fondle myself. And I am gradually tilting towards masturbation. I am enjoying the pleasure I derive from it, but I feel what I am doing is wrong. I really want to stop, but I can’t help myself and I don’t want to lose him either. I think if I don’t agree to what he wants he would leave me for another person.”

Dear Ivy, it is a known fact that guys are visual creatures. The easiest way they get aroused is by showing them something appealing. They are simply moved by what they see, that is why oftentimes they beg for your naughty pictures just for their eyes. But heh! It’s your body, if you are not comfortable with what he is making you do, then put an end to it. When you make him understand the negative impact of all those naughty things he makes you do, if he really cares about you, he won’t make you do them again. And there is this possibility of the guy using those nude pictures against you in future. Don’t be afraid to lose him. And as for how to stop the habit of masturbating, you have to make a strong decision to put an end to it. And be disciplined, too. Delete all x-rated images and videos from your phone. Read and watch more inspirational messages.

Hello readers, thanks for reading through. You can inbox your opinions or share your own experiences.