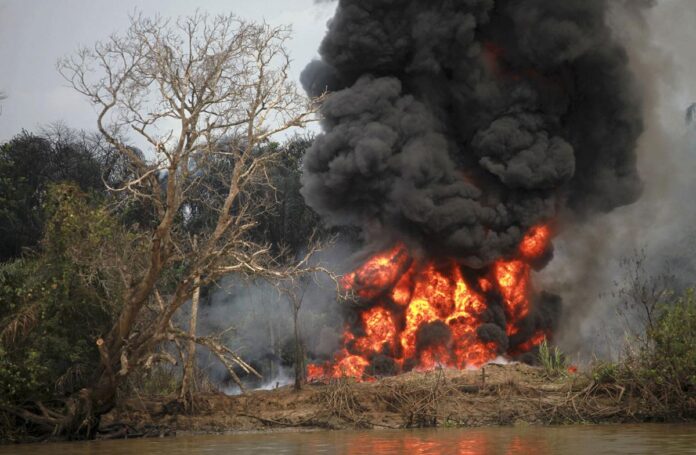 Many people have been feared killed following an explosion In an illegal refinery site in Rumuekpe community, Emohua Local Government Area, Rivers State.

It was gathered that the site of the illegal refinery known in Ijaw parlance as “kpo fire” burst into flames killing most of its operators and injuring others.

Sources told NAIJA LIVE TV that, one of the cooking pots caused the blast that consumed the entire site.

A local security commander, Frank Nwazimutor, confirmed that five of the dead victims hailed from his village.

Nwazimutor expressed concerns over the tragedy and blamed the proliferation of illegal refineries on lack of employment opportunities for the people by the government and the companies.

He said: “It would interest you to know that Rumuekpe is one of the communities that has the highest oil well in Rivers State, but has remained underdeveloped, with no standard health facilities, school, electricity, no water and other social amenities.

“The situation had in 2005 reportedly resulted in communal crisis and destruction of properties, and inhabitants fleeing the community for years before intervention from some stakeholders”.

The police and other authorities in Rivers are yet to speak on the matter.