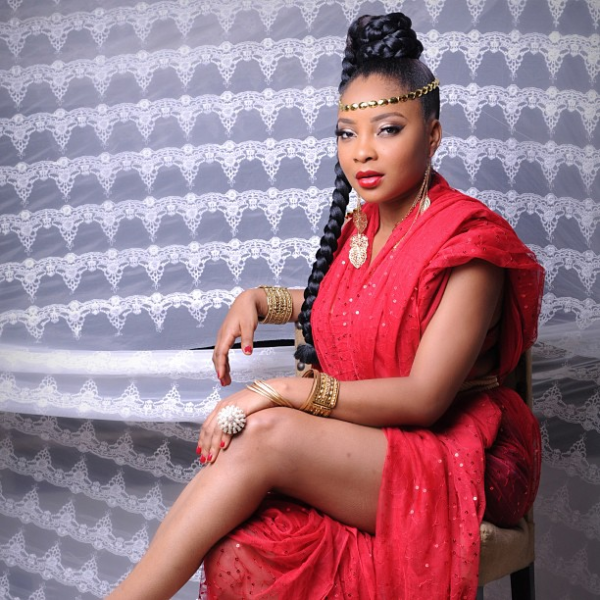 In a couple of weeks, movie lovers across the globe will experience fun and excitement as a new movie “Papa Joe”, will hit the Cinema.

According to Alero, Papa Joe tells the story of a young man who wants to by all means become successful in life without learning a trade or getting the required skill set. He tries his hands on a lot of things before delving into movie making which he knows nothing about.

“The movie is full of intrigue, comedy and drama,” the talented producer stated this while speaking on the soon to be released movie written by Lani Aisida and directed by Harry Dorgu and Philip Okpokoro.

“I feel blessed by the crop of talents who made huge sacrifices working on this project; but I must say I was pleasantly surprised by the level of talent and professionalism displayed by the amazing cast and crew,” she added.

Alero began as an actress but took time off to study Filmmaking at the Montana State University in the United States of America, a decision she said has opened her eyes and given her a sense of direction.

“At first when I got into acting through Tajudeen Adepetu’s “One Love” it was to escape boredom after my secondary school days. After getting my degree in Architecture, and going on to train as a production designer and a filmmaker, it will be difficult to see me in front of the cameras again as I have found my real purpose and fulfillment as a Film Producer,” she said.

As a young pretty lady stepping into the world of movie making, how is she handling male admirers and has she ever been sexually harassed?

She explained, “So far so good I have not experienced it yet, but I will like to state clearly; I am against all forms of sexual harassment. Mind you, to produce a movie is capital intensive and nobody will give you a movie to produce just because they slept with you; except they do not want their money back, and I doubt if any investor wants that.

“Besides; women have taken over leadership positions in the movie business and men now have no choice other than to behave themselves. Just take a look at Mo Abudu, (whom I admire a lot) she is calling the shots, do you think any man can take advantage of her? Or Emem Isong or Mildred Okoh or any other top female producer? Men are not alone in the business of harassing women as rich lesbians and cougars abound in the industry…

“I doubt if women will be as bold as the men have been in that aspect over the years. Let’s face it, any form of sexual harassment should be condemned in its totality and I pray all filmmakers will take a stand and use their talents to tell stories that will promote values in our society.“

On getting return on her investment on Papa Joe, Alero said “we have reached an advanced stage of negotiation with a cinema house but we cannot reveal any name for now and we are still in talks on other possibilities of getting the movie to lovers of Nigerian Films across the globe”.

Papa Joe is a production of Darkbrid Productions and Lexanton Media Productions, it is due for cinema in a couple of weeks