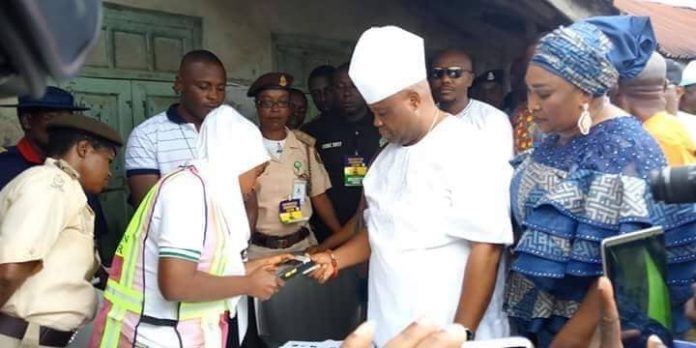 Speaking with Thecable, Adeleke urged INEC to declare him winner, citing irregularities, malpractices and constitutional breaches in the ongoing re-run.

His words, “This is not a free and fair election. Osun state is under siege; we are at war in Osun. They didn’t allow my party to vote.

“It’s only APC people they allowed to vote. INEC and security agents have compromised. So, there is no election in Osun today. I urge INEC to cancel the election with immediate effect and declare me the winner because I’ve already won the election. ”

Anambra Poll: INEC boss meets with CP, others over security