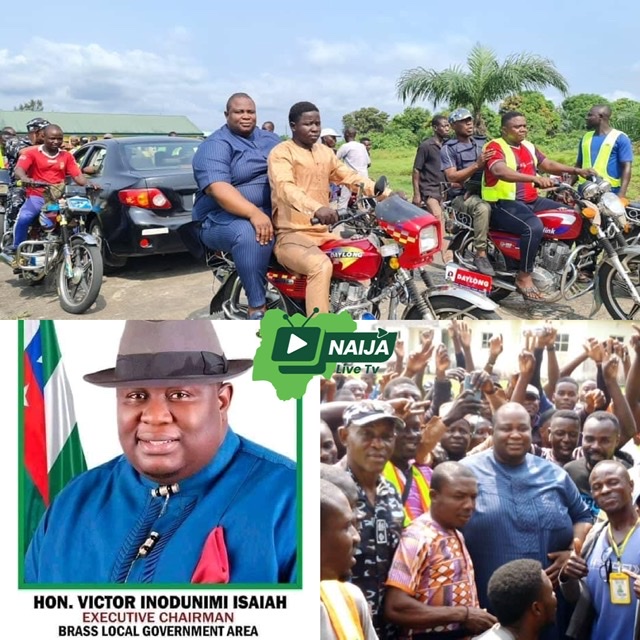 Members of the Brass Local Government Area Motorcycle Riders Union were thrown into jubilation as the Brass Council Chairman, Hon. Victor Inodunimi Isaiah lifts the suspension of the Union’s executives.

NAIJA LIVE TV recalled that the council chairman had suspended the leadership of the Union due to the exorbitant transport fare that was being charged by the body some weeks ago. Hence, after much deliberations, Mr. Paul Prince-led excos have been reinstated by the LGA Boss

According to the council chairman, ” my office is open to you all and I am ready to listen too.”

“My desire is to ensure the cost of living in Brass is reduced and reasonable enough for the average citizen, while businesses like yours also thrive.

“However, I am not a chairman who will witch-hunt members of your union that is why I have given you tax holiday for almost two years now.”

The Brass council chairman also sued for peace amongst members of the union and also urged them to see themselves as brothers.

Why I equipped, donates library to Schools in my community – MC Senibo [PHOTOS]