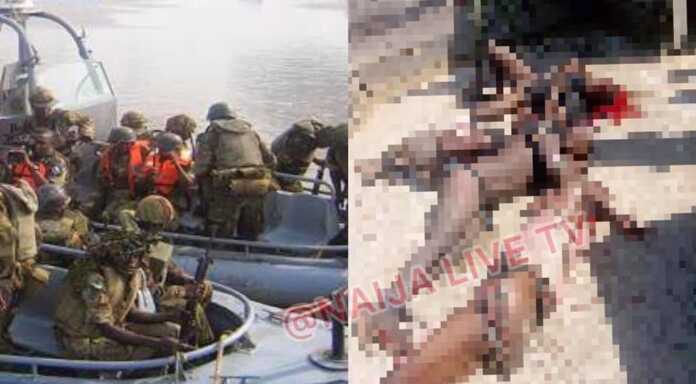 Report have it that a team of Joint Military Task Force (JTF) earlier today apprehended Gang of sea pirates in Akassa river in Brass LGA of Bayelsa State.

Multiple eye witnesses told NAIJA LIVE TV that one Diepreye Sidisco from Peremabiri in Southern Ijaw Local Government area was also apprehended along side others.

It was gathered that, angry fishermen who have been monitoring the movement of the gang along the Brass River double-crossed the armed Separates, tie them before handing them over to the JTF who later released them to the Brass Divisional Police Station.

The ugly operation of See pirates in the area has heightened fear among indigenes of the coastal area of Nembe, Brass and Akassa in Nembe and Brass Local Government Areas of Bayelsa State as suspected sea pirates continue to terrorise commercial boats and abduction of old and young men including stripping of Market women who apply the route on daily basis.