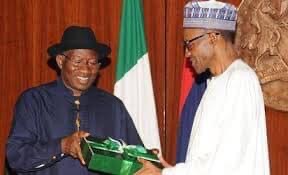 The Minister of State Petroleum Resources, Chief Timipre Sylva has blamed the People’s Democratic Party (PDP) for the worsening economic situation in the country, saying his party, the ruling All Progressives Congress (APC) was confronted with what it does not expect when it took over power in 2015.

NAIJA LIVE TV gathered while speaking on Channels Television programme ‘Politics Today’ , Sylva said the PDP government under former President Goodluck Jonathan handed over a broken economy to President Muhammadu Buhari in 2015 but pretended as if all was well with the economy.

He added that President Buhari has achieved more than any government in the country despite the challenges of recession, falling oil price and COVID-19 pandemic which almost wiped off a year in the four-year term of the administration.

“If you really look around, you will agree with me that we have achieved a lot as a government. We have achieved much more than any government, I can say. Of course, we’ve had our problem. No government had gone through COVID that almost wiped out a whole year”.

“When we came in, we inherited an economy that was on one leg, then we got into recession, then, of course, oil price crashed. What we inherited was like broken china. Somebody broke the china and arranged it very well on the table as if it wasn’t broken”.

“So, you came into the room and you thought it was china on the table, you tried to pick it up and it just fell into pieces in your hands. Who broke it or was it already broken?”

“That was the kind of economy we inherited. We inherited an economy that was already broken, we tried to pick up the economy and it scattered in our hands”.

Sylva also expressed confidence that most of the projects that President Buhari couldn’t complete in his second term will be inherited by another APC government in 2023.