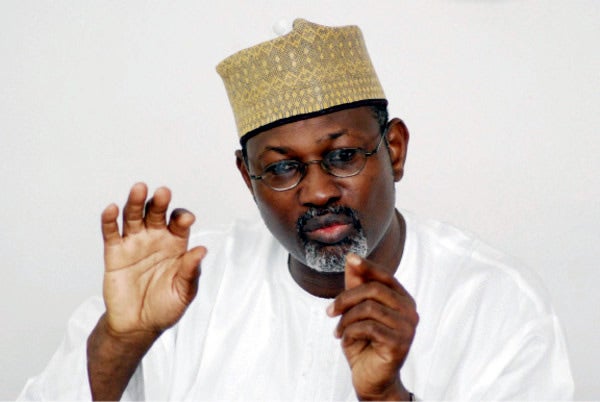 The immediate past Chairman of the Independent National Electoral Commission, Prof Attahiru Jega, has been appointed by the Joint Admission and Matriculation Board to chair its committee on the internalisation of admission into tertiary institutions in Nigeria.

NAIJA LIVE TV had earlier reported that Jega joined the People’s Redemption Party on August 3 and he was said to have been appointed to head a committee in the party, ahead of the 2023 general elections.

JAMB said in its weekly bulletin obtained by our correspondent on Monday that the Jega-led admission committee is expected to come up with strategies on international admissions, partnerships and academic programmes, as well as the promotion of foreign language programmes.

The board said, “The immediate past Chairman of INEC, Prof Attahiru Jega, has been appointed as Chairman of the Committee on Internationalisation of Admissions into Tertiary Educational Institutions in Nigeria. The committee was conceived during the 2019 Conference of Rectors, Vice-Chancellors and Presidents of African Universities in Egypt in July.

“The Jega-led committee is also charged with suggesting veritable means through which the foreign centres of JAMB can attract more candidates, especially Nigerians in the diaspora, to apply for admission in Nigerian universities.”

The JAMB Registrar, Prof Is-haq Oloyede, who inaugurated the committee, said its duty was to put in place the machinery to attract foreign students into Nigerian tertiary institutions, starting from the 2019/2020 academic session.

According to the bulletin, the former INEC Chairman said, “I have gone through the terms of reference underscoring the intention of the board to internationalise the nation’s universities. If this is achieved, it will improve the rating of our universities and appreciate their capacity to compete with their international counterparts.”

Prediction on Nigeria’s break-up may be fulfilled – Jega

If Nigerian Leaders Fail You, Vote Them Out – Prof. Jega, Former INEC Chairman

“Election results were transmitted electronically to the Central Server during my time”. — Prof. Attahiru Jega

“Even partially mad people won’t react like PDP over...

Davido cries fails over the true paternity of his...

Ihedioha Finally Breaks Silence After Being Removed as Governor...