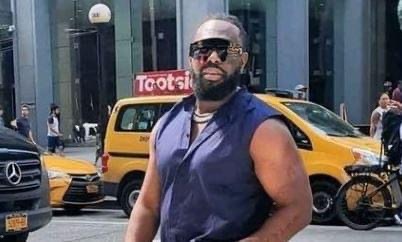 Nigerian singer, Inetimi Timaya, popularly known as Timaya, on Friday, stated that it was impossible for him to get broke again.

The singer shared a picture of himself on Instagram with the caption, “Some things ain’t possible again. Like getting broke. Never!” (sic)

The Plantain Boy crooner had recently recounted his rise to wealth when he shared his grass to grace story with the audience at the Coca-Cola Urban Music Festival.

He had said, “I used to sell plantain but now I am rich. I suffered so much as a boy but I am now a rich man. Thanks to God. If you’re here and you think you are suffering, do not give up. Keep pushing because you will surely succeed.”

The singer, who hails from Odi in Bayelsa State, is the founder of DM Records. His solo career began in 2005 with the release of the song, ‘Dem Mama’, which also appeared on his debut album, ‘True Story’ released the following year.

His works have earned him several notable awards including Headies, AFRIMMA, One Nigeria Music Award, and NEA Award.

I can allow my daughter to become a stripper – Timaya