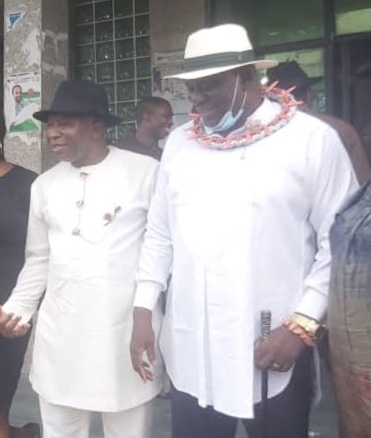 Dikio said the decision to rejig the scholarship scheme by prioritising the four courses was taken to align the manpower needs of the Niger Delta to the world’s present realities.

Speaking when he visited the Ijaw National Congress (INC) at its headquarters in Yenagoa at the weekend, the amnesty boss harped on the need to produce a regional manpower that would compete favourably anywhere in the world and within the country.

Dikio said: “We are rejigging our scholarship scheme and we want to focus on the STEM courses of Science, Technology, Engineering and Mathematics because that is where the world is going.

“That is not to say that the humanities are not important. But as a matter of urgency and priority for us in the Niger Delta, we have to produce the manpower that is required to compete very favourably”.

The amnesty boss said the Niger Delta must field its first 11 to compete with other ethnic nationalities in the country adding that to achieve quality education for scholarship beneficiaries, he carried out a survey of the type of schools scholars were sent to in the past by the amnesty office.

Dikio said the survey revealed that only two of the schools out of all the universities patronised by PAP belonged to the first 100 universities, describing the discovery as unacceptable especially considering the amount of money spent on the scheme.

He said: “When I came on board, I saw quite a lot of misapplications of human and material resources and so we started asking question: are we getting the best for our people?

“For example, when we carried out a survey of the universities we send our beneficiaries to, only two came within the first 100. So, if the likes of our heroes like Isaac Boro went to the best schools in Nigeria, how come we are paying good money to send our children to poor schools?”

The amnesty boss further said PAP’s masters degree scholarship scheme would be focused on raising people that possessed the skills to belong to “the boardroom” and participate effectively in decision-making.

He said it was time the region embraced the principles of strategic communication and shun restivesness, that took them away from the decision-making process.

Dikio said: “I don’t belong to the party of no. Anybody can say no. After no so what? Put yourself in the room first. One of my friends say we have this attitude of saying we went to the meeting and we scattered the meeting. You walk away when others are taking decisions.

“They will be happy to have you leave so that they can take the decision without your opposition. So, when others are in the boardroom,  you are on the streets. When they are inside the room and they have the authority, they will use the instrument of the state and deal with you.

“So, we are encouraging our boys to understand strategic communication. It entails a lot of soft skills, the power to negotiate, the power to lobby and the power to network and build bridges. We are in a federation and within this federation we must be able to identify the people we can do business with. No permanent friend but permanent interests”.

Dikio congratulated the new leadership of the INC describing their election as a pacesetter and a solution to voting problems in the country.

Referring to the INC as partners in uplifting the Niger Delta, the amnesty boss appealed to the ijaw elders to understand their roles in the Niger Delta Recovery Plan (NDRP) to avoid cases of unfulfilled expectations.

He said there was a need for the leaders to embrace unity of purpose and  nip misunderstanding in the board to advance the Niger Delta development.

Welcoming the amnesty boss and his team, the INC President, Prof. Benjamin Okaba, said Dikio had provided a paradigm shift through his style and disposition.

He said Dikio’s style of constantly traveling to the region  to engage the stakeholders instead of sitting tight in Abuja to be visited by people from the region like his predecessors was a great strategy.

He insisted that Dikio’s approach of constantly engaging the ex-agitators, interacting with affected communities and providing solutions had made a success of the amnesty programme.

Okaba said: “Your style and disposition has shown a shift in paradigm. One thing I have noticed is that while others will make people travel over to Abuja to see the amnesty boss, you have decided to travel down to reach out to people.

“The beauty of that is that you don’t depend on intermediaries. You get firsthand exposure and information. You reach out to the ex-agitators, the affected communities and you interface with them. It is one of the reasons why your programme is very successful with little skirmishes. Issues are resolved almost immediately”.

He also backed the move by Dikio to refocus the training of ex-agiators to make them successful entrepreneurs and reduce their overdependence on monthly stipends.