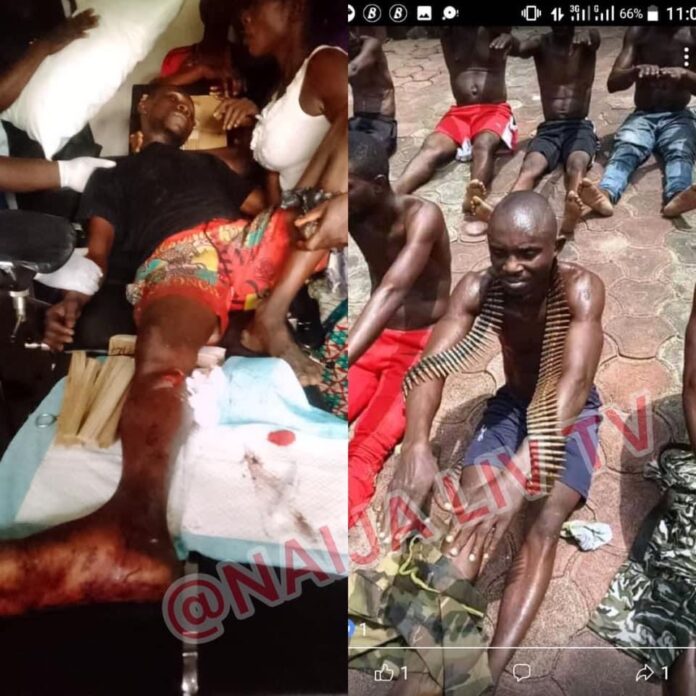 Operatives of the Bayelsa State Police Command have arrested a 34 years old man, Zifaghe Mathias over the allege shooting of a teenager at Ikebiri community in Illegal oil bunkering: Police arrest 34years old man over shooting of teenager in Bayelsa community Ijaw Local Government Council during a dispute over alleged illegal bunkering activity in the area.

The suspect, Zifaghe Mathias, was reported to have shot the teenager in the leg during altercation between him and the anti-oil bunkering team deployed by the Chairman of the Ikebiri Development Committee, Comrade Nimitei Osain.

NAIJA LIVE TV gathered that the victim, Ayibateke Osain, who was among the anti-illegal oil bunkering team and a junior brother to the CDC Chairman, was caught in a volley of bullet released by the suspect.

A close community source told NAIJA LIVE TV that the suspect was alleged to be in company of known illegal bunkerers when the anti-illegal oil bunkering group arrived the site,” when the group arrived. Zifaghe Mathias came forward to challenge them on the reasons why they choose their bunkering site to visit. When they were trying to explain reasons why the anti-bunkering group came. He was shouting and threatening to shoot with the rifle hanging on his shoulder.”

“Before anyone knew it, he released volley of shots and everyone scamper for safety. But the victim was not so lucky as his legs were shattered. He is now in the hospital in Yenagoa.”